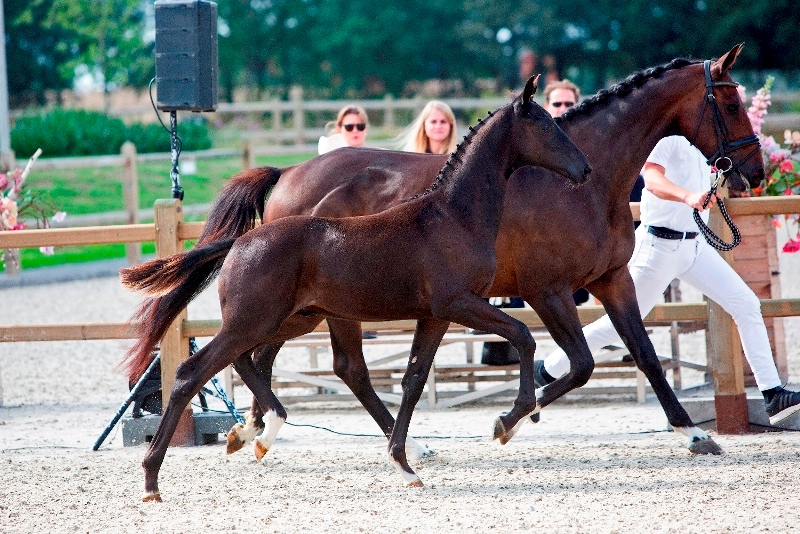 Having kicked off the auction season at the end of April with a successful first edition of the Burculo Online Foal Auction, we’re now focussing on the Borculo CSI Foal Auction’s second edition on Friday May 24 during Jumping Schröder Tubbergen. Following the successful CSI auction we’re now introducing the CDI auction during yet another international top horse show. We conclude this 40th anniversary season with the renowned Borculo Elite Foal Auction that has been on the agenda since 1979. This takes place Wednesday August 28 (jumping foals) and Thursday August 29 in the appealing PSC Lichtenvoorde accommodation in Vragender, Netherlands.

Jan Markink, chairman of the Borculo Elite Foal Auction Foundation, is excited about the latest initiative: “Adding the Borculo CDI Foal Auction allows for a unique and comprehensive choice of auction opportunities, spread across the season. As an innovative auction organisation we also applaud the willingness and cooperation on the part of the Outdoor Gelderland organisation. We have really found each other here, as they wished to put together an eye-catching and wide-ranging dressage program.”

The Dressage Gala taking place on the evening of July 6 has a theme that couldn’t have been more appropriate: ‘Like father, like son, like mother, like daughter’. During this popular dressage night’s third edition the audience is treated to a special pas-de-deux by renowned dressage riders and their son or daughter. Anky van Grunsven takes part in a dressage clinic, while Emmelie Scholtens and Marieke van der Putten present a number of stunning stallions. And there is more. Numerous parts of the program are (genetically) linked to the CDI Foal Auction’s collection as well as the Borculo Elite Foal Auction. Bart Veeze, for example, will be entering the dressage arena of this show at Olympic Training Centre Papendal in Arnhem with the great Imposantos, a KWPN stallion sold at our August auction.

We have also all the information about the KWPN Auctions