Trivia Thursday: the performance test in the past 10 years 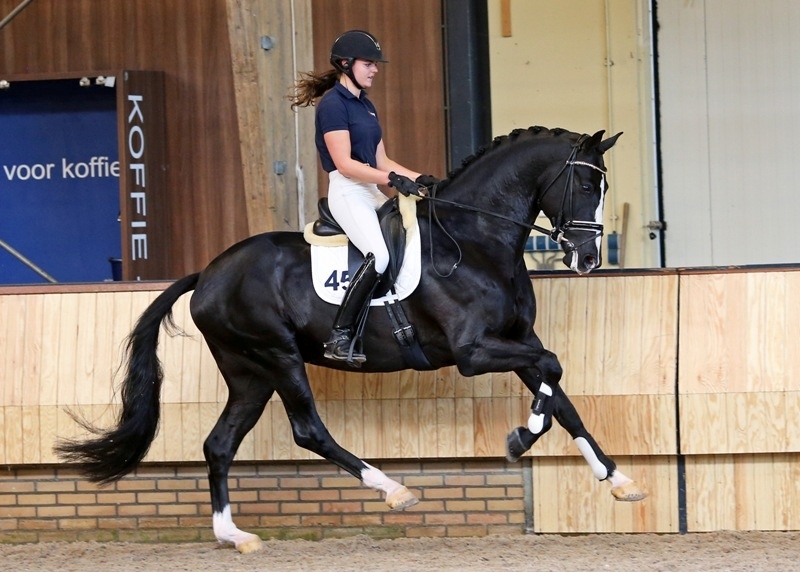 A week and a half ago, eleven new jumping stallions and eight new dressage stallions were added to the KWPN approved stallion list. Young, promising stallions that hopefully will be used well by the breeders. We searched the KWPN Database for the figures behind the performance test over the past ten years.

The highest score achieved in the performance test is 90 points. The jumping stallion Grand Slam VDL (by Cardento, breeder F. Kenis from Sint-Lenaarts BEL) and the dressage stallions Jameson RS2 (by Blue Hors Zack, breeder Stal 104 BV from Wijdewormer) and Kjento (by Negro, breeder A.J. van Os from Sprang-Capelle) all three managed to receive this score. Jameson RS2 is the only stallion to receive a 10 in the past ten years, he received this for his canter. If we look at all stallions from all breeding directions, 38% of the stallions score a 9 or higher on one or more trades. In this year's spring performance test, 26% of the stallions managed to do so. On average, the dressage stallions score 82 points for their performance testing and the jumping stallions 80.9 points.

The highest points of this year's spring performance test were for the jumping stallion Le Quirky (s.Grandorado TN, breeder J. Jonker from Hattem), he received 88 points and five times a 9. Followed by the four-year-old champion stallion Kannan Jr. (by Cornet Obolensky, breeders M.G. Kramer van der Meer from Oud-Beijerland & S. van der Lei from Sint-Michielsgestel) with 86.5 points and four times a 9. The third and last jumping stallion with a 9 for one of the components is the Verdi son Lay Out (breeder J.J. Ilbrink & J.H. Ilbrink-Lueks from Barchem). He received a 9 for his scope and scored a total of 81 points. Among the dressage stallions was the highest score for Livius (s.Bordeaux, breeder: R. van de Heuvel from Waalwijk), he received 84.5 points for his performance and scored a 9 on rideability and attitude. The second stallion with a 9, also for rideability and attitude, is Ladignac (by GLOCK's Zonik, breeder Dressage stable Nathalie Smeets from Rhenoy). He received a total of 83.5 points.

Over the past ten years, when looking at all breeding directions, 36,535 foals, whose sire is a KWPN stallion that has been approved during the past ten years after the performance test, have been registered with the KWPN. Charmeur has 1,299 KWPN foals born before 2019. This is the highest number of these stallions. Eldorado van de Zeshoek follows with 1,075 KWPN foals and Everdale with 990 KWPN foals born before 2019. Cizandro has the most KWPN foals as a harness horse stallion, namely 456 and Henkie is the highest rated Gelderland stallion with 148 KWPN foals.

Want to now more of such factsand figueres? Then have a look at the other Thursday Trivia’s.