ErmeloYH: another second place for Kevin Costner Texel in final 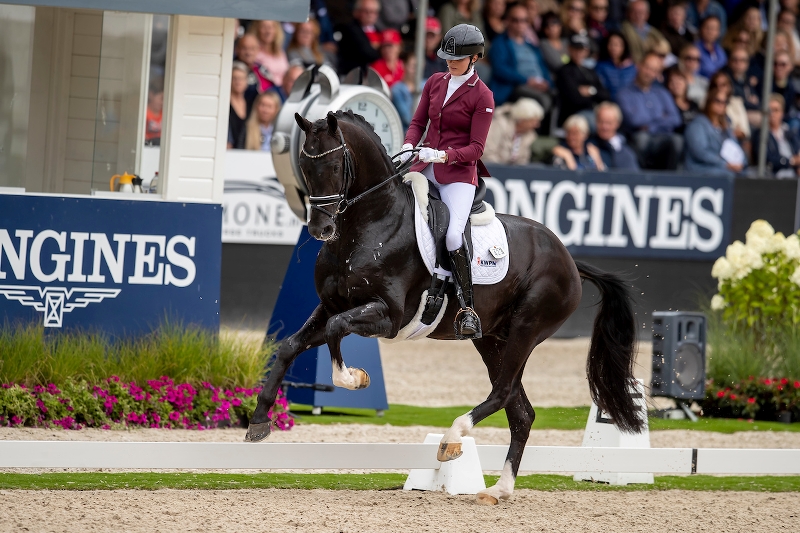 In the final for four-year-old dressage horses at the World Breeding Championships for Young Horses, Kevin Costner Texel was once again the best KWPN-horse. The stallion was placed second with Emmelie Scholtens.

The trot received a 9.5 and the perspective a 9. Some tension brought the score for submission down, total: 8.43. The victory was claimed by So Unique (s.Sezuan) and Eva Möller.

Kevin Costner Texel (Negro out of Elegantresse Texel elite ibop PROK by Jazz) won the Pavo Cup qualification in De Mortel, scoring 86 points. In the Pavo Cup semi-final at the KWPN Championships, the stallion will also participate in the stallion selection. “We had high expectations, but he exceeded them,” says breeder Wim van der Linde. “He is a really good horse.”

The heatwave of the previous week, forced the organization to reschedule the Pavo Cup qualification to last Tuesday, so Kevin Costner Texel had a busy week. “That was not the way we planned it,” responded Emmelie Scholtens. “However, I wanted to compete at the Pavo Cup and this was the last qualification. Luckily, he did not seem to mind and he is still in top form.”