Bid on the foals, the embryo and breeding mare in the last Online Foal Auction 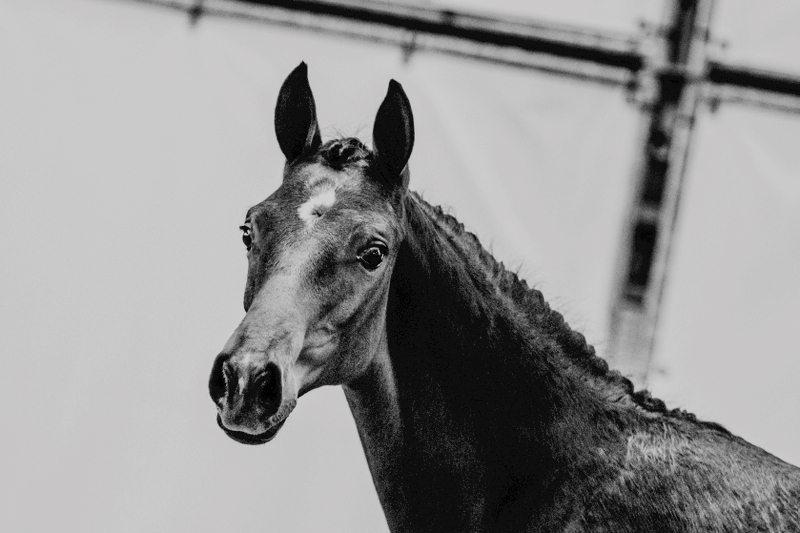 The biddings on the fifth and last KWPN Online Foal Auction are opened! 57 foals, one embryo and one breeding mare will be auctioned coming Monday. Again there is an unique embryo to be auctioned! This time out of the granddaughter of the full sister to Kannan.

Top stallion Chacco-Blue is the sire of this embryo and the international 1.40m mare Bella Meta (by Triomphe de Muze), whom is the grand-daughter of the full-sister to world phenomenon Kannan, is the dam of this special embryo. The legendary Chacco-Blue himself is the undisputed number one on the WBFSH Sire Rankings. During the European Championships in Rotterdam, four of his direct offspring jumped in the final. His son, the silver medalist Explosion W, is currently stealing the show with Ben Maher and has won a lot as just a ten-year-old horse. Such as last weekend, he won the Global Champions Tour of New York. Chacco-Blue seems to fit well with Galoubet. Quick Star as well as Baloubet du Rouet carry this blood directly, and in combination with Chacco-Blue this has already led to many Grand Prix horses: Crazy Quick (mv.Quick Star), Tailormade Anna Chaloubet (mv.Baloubet Du Rouet), Cha Cha Cha 7 (mv.Quick Star), Chalanda (mv.Baloubet Du Rouet), Chacco Balou (mv.Baloubet Du Rouet), Chablou (mv.Baloubet Du Rouet) and many others.

Full sister to Kannan
Dam Bella Meta jumped international 1.40m level with Siebe Kramer and is the oldest offspring of the mare Van Meta (by Quick Star). Van Meta gave, besides Bella Meta, the promising champion of the KWPN Stallion Show 2018: Kannan Jr. (by Cornet Obolensky). Last spring he was entered in the studbook with no less than 86,5 points and 9’s for his jumping abilities. Van Meta herself jumped at international 1.45m level with Siebe Kramer and is a daughter of Lady-Meta (by Voltaire), the full sister to Kannan. Besides Van Meta, she also gave the international jumper Wessel (by Quick Star) and the international 1.35m horse Eric Jr. (by Lord Z).

Genetically interesting
Also the foal collection is more than worth the effort. Genetically seen the foals are very interesting. Such as Oscar MDB (by Brantzau VDL) whom is a half-brother to the international 1.50m horse Luxina (by Lux), the international 1.45m horse Torina (by Indoctro) and to Erieno (by Vingino), whom performs on 1.30m level. The dam of Joint Venture-son Oruso H is a half-sister to the KWPN-approved stallion Wittinger VDL (by Indoctro), whom performed on the highest level with Jur Vrieling. Als the Grand Prix horses Loruso H (by Highline) and Grand Star (by Nabuur) descend from this dam line.

Grand Prix in the dam line
The mother of Ophraminka (by Pommerol de Muze) jumped on 1.30m level herself, her grand dam and great-grand dam are both classified in the 1.35m. Pommerol de Muze also sires Odisse DD, she is a half-sister to a 1.30m horse. From this direct dam line three Grand Prix horses descend: the KWPN-approved stallion Kalusha (by Goodtimes), Bokilly (by Lucky Boy) and Zargo (by O.Largo), whom performed well with Emile Hendrix. Also Oakley Raijminka (by Ibolensky) comes from a dam line with many Grand Prix horses: Ego (by Vindicator), Kyminka (by Edison), Amingo (by Numero Uno), Gabinus (by Akteur), Warrant (by Amor), Iowa (by Libero H), Kamillus (by Zuidhoorn), Limminka (by Topas) and Oxford (by Topas).

Collection online
This is just a selection out of the full collection of the fifth KWPN Online Foal Auction. View the whole collection including photos and videos on the auction website, pick your favorite and register as a bidder for free, to make sure you can participate in the biddings right away on Friday. During the photo and video days, all of these foals were inspected by a vet and assessed by a KWPN-inspector. Information on these reviews can be requested by Rianka Hazeleger through salespromotion@kwpn.nl or by phone: 0341-255 511.