17.000 euros for embryo by Chacco-Blue, Connect-son most expensive foal with 9.500 euros 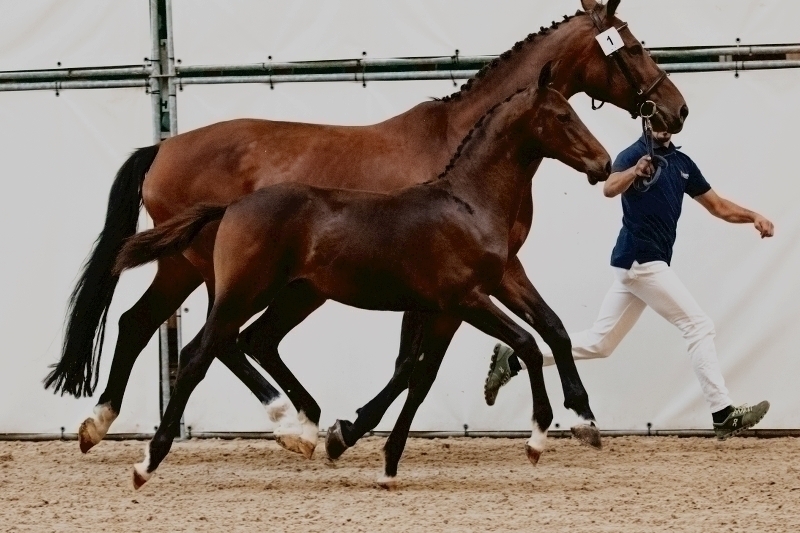 The last KWPN Online Foal Auction of the year has ended! With the embryo by Chacco-Blue out of the direct dam line as Kannan that earned the top price. It was sold for 17.000 euros and stays in the Netherlands. Many foals are leaving abroad, never before there has been so much foreign interest in the foals.

Connect-son Olivier T got the top price of all the foals, for 9.500 euros he will stay in the Netherlands. Also the show-jumping foals Oliver (by Untouchable) and Oreo GR (by Arezzo) were auctioned for a good price, they changed owners for 6.000 euros and will leave to the United Kingdom and the United States. The most expensive dressage foal was the filly Oranza (by All At Once), she was sold for 4.750 euros and will stay in the Netherlands.

The average price of the foals was 3.500 euros and with this lays in the same line as the previous auctions. Foreign buyers took their chance. In total 21 foals were sold abroad, besides countries named above, there are foals leaving to Spain, Sweden, Belgium, Switzerland, Czech Republic, Germany and Croatia.

The pregnant breeding mare Alanya (by Goodtimes) was sold for 6.500 euros and will leave to Belgium. Her daughter Olanya H (by Harley VDL) has found a new owner in the Netherlands for 4.750 euros.