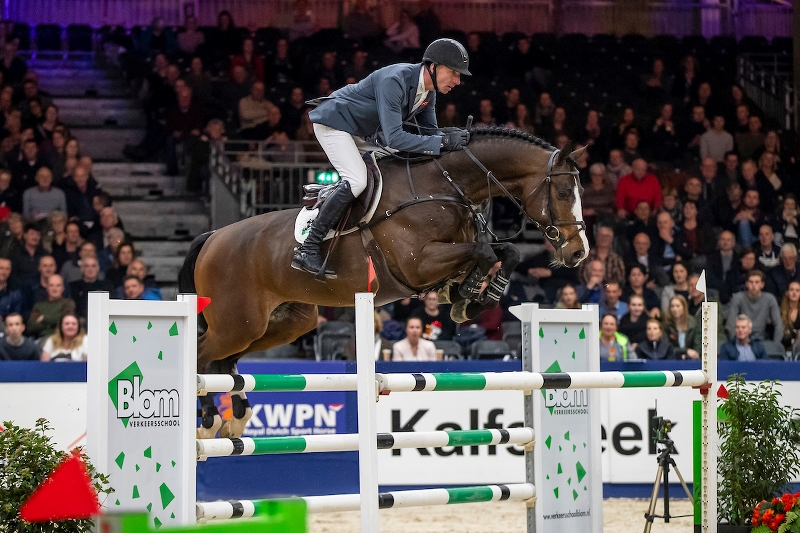 The KWPN-approved stallion Freeman VDL (Emmerton out of Be Helena s. Chin Chin, breeder VDL Stud, Bears), whom was the champion of the KWPN Stallion Show as a three-year-old, has passed away. This is confirmed by the VDL Stud.

Since May this stallion was in Canada with the focus on his sports career. Unfortunately he hasn’t been able to show a lot of that. Earlier this year Wiebe-Yde explained the reason of the sale: “We have enough offspring of him”, Wiebe-Yde van de Lageweg tells. “If the popularity in breeding decreases,  then you need to do something.” As a stud owner he has build guarantees for the future. “If his offspring performs well later, then he will just come back. That is the deal we made.” Unfortunately this last part is not possible anymore. At the KWPN there are over 300 offspring of him registered. As a three-year-old he participated in the performance test where he was accepted in the studbook with a total of 78 points. For his technique he earned an 8 and for his scope a 8,5.

Breeding
In breeding Freeman has made his name well known in KWPN-tests and inspections. Daughters Kerrita VDL (out of Bevita s. Cassini I, breeder VDL Stud, Bears) and Kobolivia (out of Gobolivia s. Arezzo VDL, breeder VDL Stud, Bears) were in the top 10 of the National Mare Inspection last year. Kerrita VDL, whom scored 90 points for free-jumping, became 6th and Kobolivia ended in 10th place. This year Freeman gave the number 3 of the champion inspection of jumping foals: Owen (Freeman VDL out of Ambersinaa s. Indoctro, breeder S. van der meer & I.G.R. van der Meer), became a champion at the Central Inspection of Groningen.