Jazz takes the lead in WBFSH-rankings, his son Johnson in second 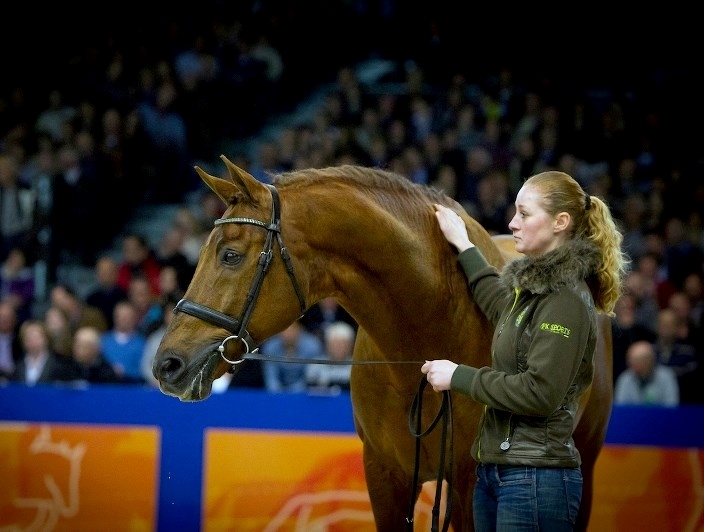 The KWPN is in the lead in the WBFSH studbook rankings for dressage, but KWPN horses are also doing well in the stallion rankings. Jazz is back in first place in 2019, followed by his son Johnson. Verdi is 12th in the jumping stallion rankings and Kannan is 15th in the ranking for eventing.

Jazz
For several years, the KWPN-recognized Donnerhall son De Niro was at the top of the ranking of dressage stallions. This year the preferent stallion Jazz managed to get this German stallion off his throne. Cocktail son Jazz was born in 1991 in the stables of the late Huub van Helvoirt from Rosmalen, he was approved as a three-year-old and went to Grand Prix dressage himself. He has passed on these sport genes remarkably well to his offspring. The KWPN-recognized stallion Blue Hors Don Olymbrio (ds.Ferro) made a major contribution to the leading position of Jazz with an individual eleventh place, just like Vancouver K (ds.Ferro), who is individually twelfth. The third Jazz son in the ranking is Adelinde Cornelissens Zephyr (ds.Farmer).

Dressage
Johnson, also a Jazz son, was himself successful for several years in international sport at the highest level. Johnson is now leaving his mark in breeding; offspring such as Meggle's Boston (ds.TCN Partout), the recognized stallion Hexagon’s Double Dutch (ds.Rubiquil) and Eddieni (ds.Negro) earned Johnson a second place in the ranking. The preferent Krack C-son Vivaldi has also taken a place in the top ten in the world, he is ninth. It is striking that his best three offspring in sport are all three KWPN approved stallions: GLOCK’s Dream Boy N.O.P. (ds. Ferro), Desperado N.O.P. (ds. Havidoff) and Expression (ds. Vincent). Thanks to the performance of Blue Hors Zack, Rousseau is in 14th place.

Verdi
Verdi is the best KWPN horse in the Sire Rankings for show jumpers. This Olympic stallion also delivers fantastic sport performances himself and this year he was proclaimed KWPN Horse of the Year at the KWPN Stallion Show. Evita SG Z (ds.Codexco), Chaplin (ds.Concorde) and Jenson 55 (ds.Padinus) made a major contribution to the breeding success of the preferent stallion. Kannan took in 2019 the 16th place, ahead of Numero Uno in 19th.

Kannan
The KWPN-bred and recognized stallion Kannan not only sired remarkably good jumpers in recent years, his offspring also do good business in the eventing sport. This gives him a 15th place in that ranking. Several Kannan offspring made a mark at the highest level, of which the KWPN-NA-bred Danger Mouse was the most successful over 2019.