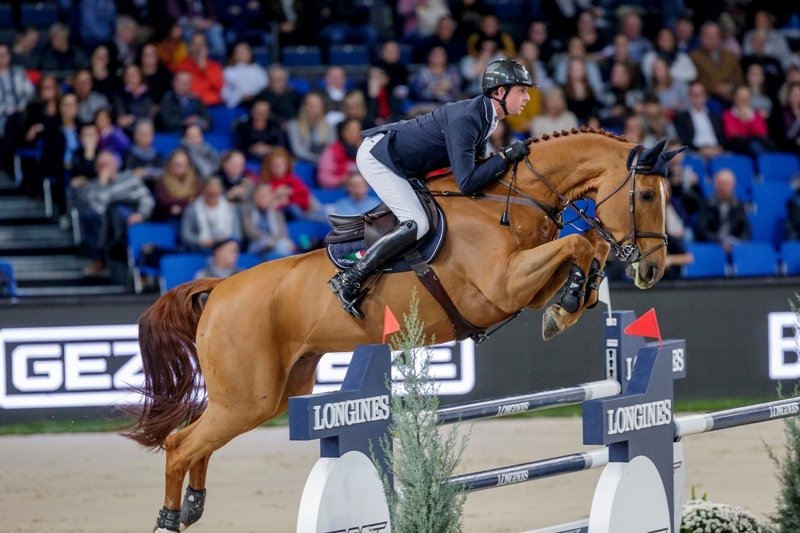 Besides the Global Champions Tour he delivered many other top performances on the highest level. In Aachen he won the first big class of the event, and earned a third place in the tough Rolex Grand Prix. Not to forget are his results at the European Championships in Rotterdam this year, where he won a bronze medal with the team. Individually he was headed for the gold medal but ended up with a silver medal due to an unfortunate mistake.

A breeder’s proud
Thanks to Explosion W his results, his breeder Willy Wijnen was honored on multiple occasions. Besides being named KWPN Breeder of the Year, he was honored in Lyon as the breeder of the best performing show jumping horse. Also in Prague he was called up in the ceremony for the ‘Breeder of the Best Horse Award’.

When Explosion W was seven years old he had performed on 1.40m level with Mariëlle de Veer, and Willy Wijnen sold him to Ben Maher. In 2013 he predicted that Explosion W was a potential horse for the Olympic Games in Tokyo, and this prediction keeps getting closer to the reality.