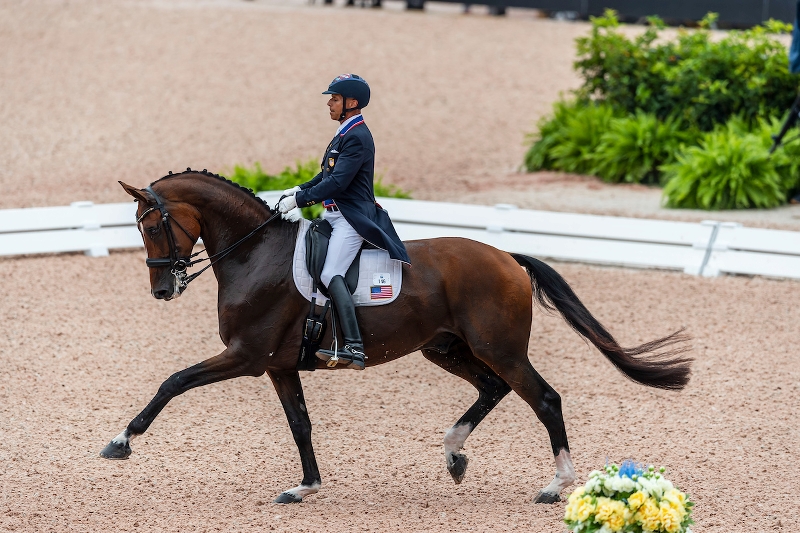 The KWPN’er Suppenkasper (s.Spielberg) was named USDF Grand Prix Horse of the Year by the United States Dressage Federation. This 11-year-old gelding is ridden by Steffen Peters on the highest level. His median score of 75.696 percent made him the top horse in the United States competing at this level and the recipient of USDF's highest honor.

The gelding (Spielberg out of Upanoeska, breeder F. van de Poel) was named Danny Boy as a foal, but goes through life as Suppenkasper now. He is in ownership of Akiko Yamazaki of Four Winds Farm LLC and is performing on the highest level with Steffen Peters. He is also part of the American dressage team, during the WEG in Caen he was part of the team that won the silver medal.

As Grand Prix Horse of the Year he received a commemorative personalized plaque, an embroidered cooler, and a gift certificate provided by Dressage Extensions at the USDF Salute Gala and Annual Awards Banquet.  Also, Suppenkasper is the recipient of the Colonel Thackeray Award and will have his name engraved on a silver trophy to be on permanent display in the Roemer Foundation/USDF Hall of Fame, housed at the USDF National Education Center, located at the Kentucky Horse Park.

The Horse of the Year 2019 election of the KWPN is still running, so vote on your favorite horse and make sure he/she wins the title!