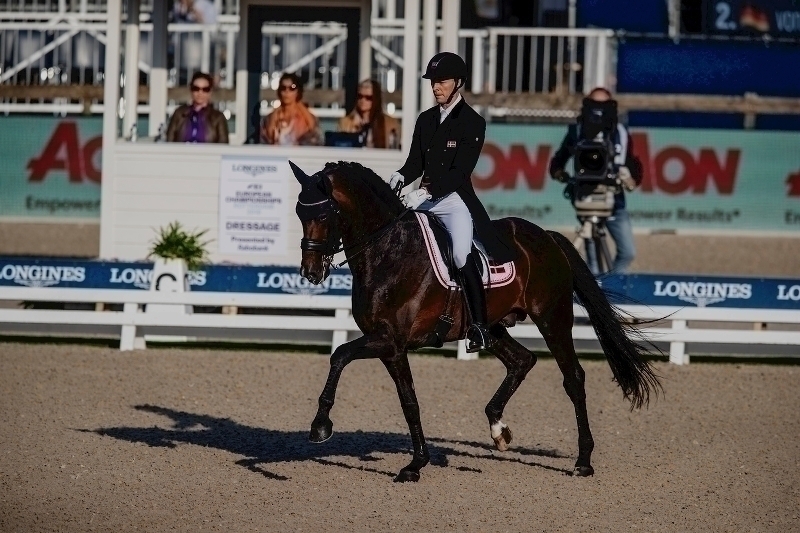 Blue Hors Zack
Just like last year the Rousseau son Blue Hors Zack is nominated. With almost 2.000 votes he became second in the election last year. Will he win it this year? He was born in the stables of Bas Wilschut in 2004, in 2007 he was the champion of the KWPN Stallion Show and he was sold to Blue Hors in Denmark via the KWPN Select Sale.

Sport and breeding
With as many approved sons and offspring on the international level, Blue Hors Zack has proven to have the right qualities in as well breeding as in the sport. His approved son Jameson RS2 is impressing at his young age. With Marieke van der Putten he participated successfully in theWorld Championships for young dressage horses and earlier this year he won the Anemone Horse Trucks stallion competition in the L class. Another well-known son of Blue Hors Zack is the KWPN recognized stallion GLOCK’s Zonik, who is successful on Grand Prix level with Edward Gal. Blue Hors Zack himself made his international Grand Prix debut in 2017 with his rider Daniel Bachmann Andersen. This year he was fourth in the world cup final in Göteborg and ended up in the top 10 three times at the European Championship in Rotterdam. Besides this he won the world cup qualification at Indoor Brabant and the Nations Cup Grand Prix and Kür of Falsterbo.