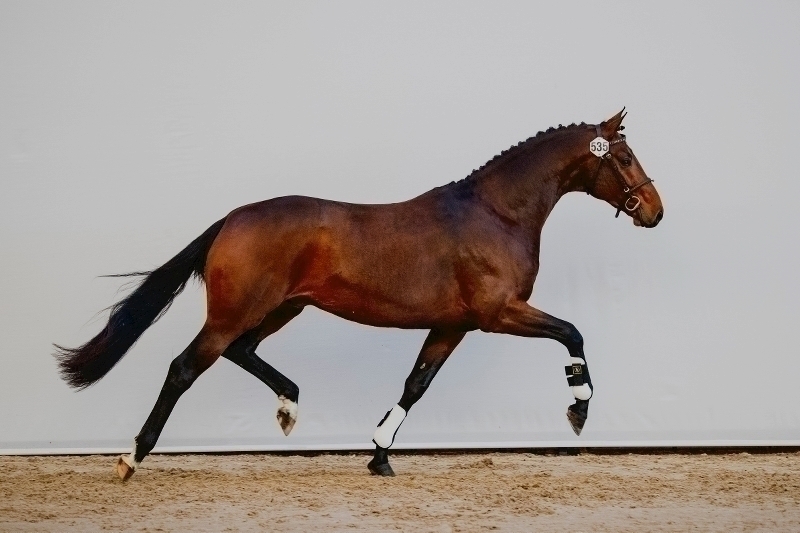 The KWPN Online Stallion Auction has successfully ended. From the 25 first round viewing stallions, ten were sold abroad. Buyers from Belgium, Germany, France, Poland, Sweden and the United States took their chances. Besides this a Dutch buyer bought a stallion for an Egyptian.

The Spielberg son Maxim, out of the direct dam line of Kardieno, stays in the Netherlands for 17.000 euros after an intense bidding duel between buyers from the United States, United Kingdom, Belgium, Sweden, Poland and several from the Netherlands. With this he was the most expensive in the second KWPN Online Stallion Auction.

The most expensive show jumper was the Eldorado van de Zeshoek son Mister-X-Fan Skulenboarch. For the amount of 15.000 euros he will leave to Germany. For 12.500 euros the Expression son Miracle will have his future career in the United States. For the same price the Negro son Molukki will leave to Sweden. The average price of the auction is around 10.000 euros.

The next auction is the KWPN Select Sale, which will be held for the 20th time during the KWPN Stallion Show. In the beginning of January this collection will be presented on the auction website www.kwpn.auction. The KSS for show jumping stallions is on Thursday January 30 and for the dressage stallions on Saturday February 1.