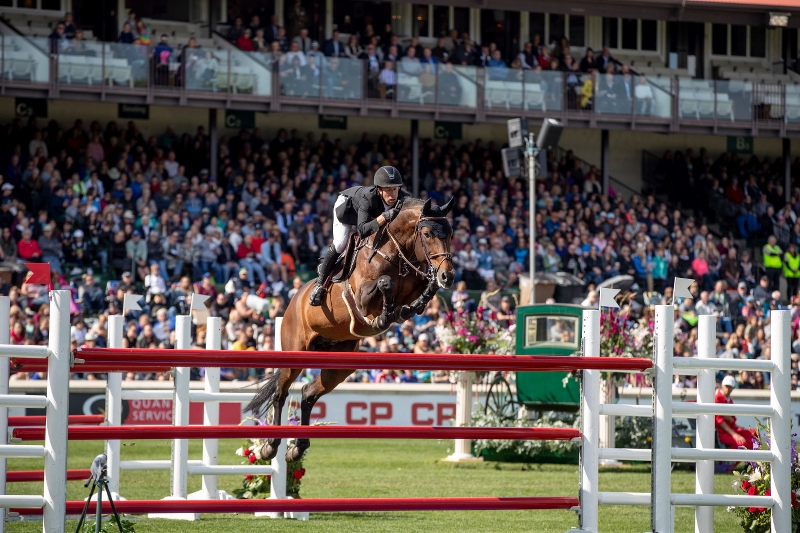 Verdi TN
Last year he was named Horse of the Year and also this year he is not missing on the list of nominees. His international career already lasts ten years and all this time he has held on to his level. Besides this he also has a successful breeding career, which has led to many good performing offspring. Almost 18 years old and still performing on the highest level. Something he also regularly does against his own offspring.

Sport career
For years Verdi TN was a fixed value in the Dutch show jumping team. He was selected for the Olympic Games twice. During the Olympic Games in London, in 2012, he won a silver medal with the team. They were also part of the team that won the gold medal during the WEG in Caen in 2014. In this same year they won the Nations Cup final in Barcelona, and also the following year Verdi TN was a part of the team that became third. Also in 2015, Maikel van der Vleuten and Verdi TN contributed to the gold team medal at the European Championship in Aachen. After these top performances, Maikel decided in 2017 to only use the stallion on big five star competitions. He still does this and not without success.

Successful offspring
In the most recent WBFSH Sire Ranking, Verdi was the best KWPN’er with a 12th place. At the KWPN he has five direct approved sons, but also in the second generation he has a KWPN approved son in Gomez TN (Zambesi x Verdi). One of these approved sons, Jumper Verdi, is currently in the lead of the KWPN stallion completion 2019/2020 in the 1.20m for five-year-olds. Verdi has already brought a lot of 1.60m horses, who he runs into regularly at five star competitions. This year his daughter Fleurette impressed with the American Laura Kraut. She won the world cup qualification in Washington, became second in the four star grand prix of Bolesworth and in the four star grand prix of St. Tropex she jumped to the win. In this same grand prix of St. Tropez, Verdi daughter Evita SG Z earned the 8th place. Also the Verdi son Chaplin performed good again with Martin Fuchs. He was ridden in several Global Champions Tour competitions, in which he won in Estoril ánd Madrid.