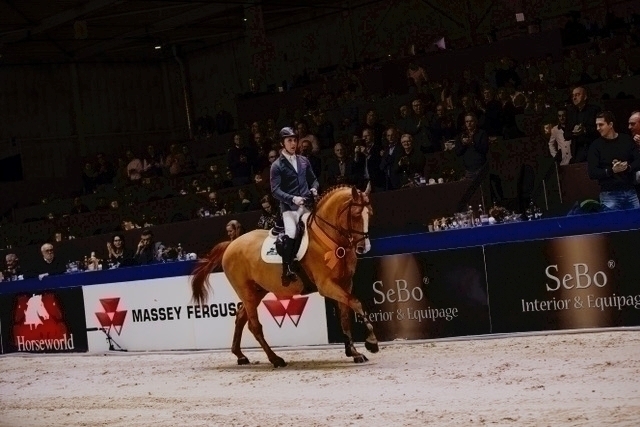 Three jumper stallions have been declared preferent by the KWPN this year. Each of them are regarded as top progenitors both nationally and internationally. 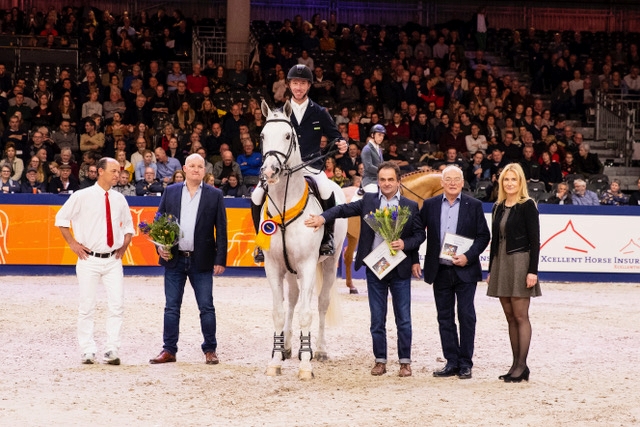 Zirocco Blue VDL
Zirocco Blue, son of the show jumper producer Mr. Blue out of a 1.40m daughter of Voltaire, then followed by Le Tot de Semilly x Jalisco x Ibrahim, was discovered as two-year-old stallion by Wiepke and Janko van de Lageweg at his breeder F. and M. Paris in France. After his approval at the KWPN, an education in sports followed at Jur Vrieling. Together they won, amongst others, team gold in Aachen. Zirocco Blue VDL also impresses in his breeding. Six KWPN-approved stallions; Durango VDL, Ever Blue, Florian, Golden Dream, Heineken VDL and Hermitage VDL. In addition to 173 ster mares, of which 21 keur mares and 51 elite mares. In the ability tests, his daughters stand out through their scope. By now, he is the sire of multiple Grand Prix horses such as Eddie Blue, Flair and Jet Blue. Zirocco Blue VDL has a KWPN breeding value of 143, with a reliability of 97%. 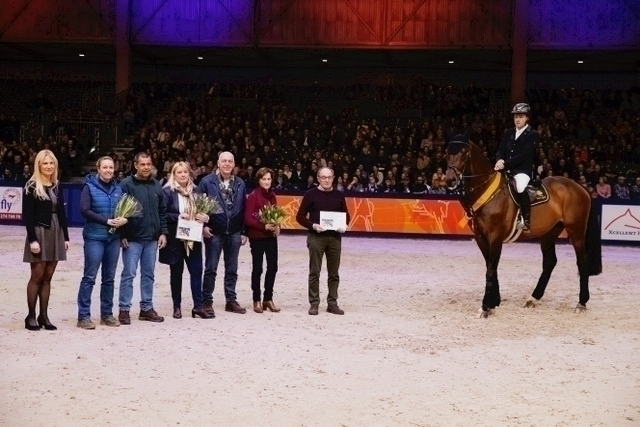 Eldorzado van de Zeshoek
Eldorado van de Zeshoek, son of the Olympic top sire Clinton, bred out of the Grand Prix-mare Byou Orai (by Toulon) by P. Merckx from Stekene, Belgium. As a 3-year-old he was the champion at the BWP stallion show and discovered by Kees van de Oetelaar and Henk Nijhof, who are still the owners. In the performance test he drew the attention through his unlimited scope, a 9.5, and reflexes, a 9. He was then ridden by Hanno Ellerman until 1.45m level and Willem Greve competed him at 1.60m level. Amongst his first Belgian crop are multiple Grand Prix offspring that have won several Grand Prixs. In addition, the first of his Dutch offspring, such as Eldo and Ebriolita, are active at 1.60m level. Eldorado van de Zeshoek has three approved sons registerd at the KWPN: Grandorado TN, Grodino and Highway M TN. Eldorado van de Zeshoek passes on both qualities in sports and conformation. 70% of the mares showed at the inspections were granted the ster or a higher predicate. By now, 60 daughters obtained the sports predicate. His breedingvalue is 151.

Arezzo VDL
Arezzo VDL, the son of Chin Chin (competitor at the Olympic Games of 1988 and 1992 himself) is bred out of the Heartbreaker daughter Sarjolijn (preliminary keur pref prest) and born in the stables of KWPN-inspector, late Henk Mulder from Blankenham. The uncle of Arezzo, Nacorde, won the derby of Hamburg three times. Arezzo VDL was approved with a 9.5 for reflexes, a 9 for scope and a 9 for his talent as a showjumper. After his approval, he was trained by Dennis van Tilburg and competed at the World Championships for Young Horses in Lanaken as a 5-year-old. When he was six and seven years of age, he participated in Lanaken with Jessica Kuerten, missing out closely on a podium in their second year. After Jessica terminated her sportscareer, Jur Vrieling took over the reins, securing many victories. His eldest offspring is now active at the highest level of sports, including Edgar M VDL, Electra B, Picobello Jasmine, Farezzo and Elien. His breeding value of 149 with a reliability of 93% is very high. His daughters score well at the inspections too, 79 ster mares of which multiple were crowned champion. He now sires six approved KWPN-stallions: Hampshire VDL, Illusion, Janneiro, Kuala Lumpur, Kingsland VDL and the last year approved Levi VDL.