Who bred the most approved stallions? 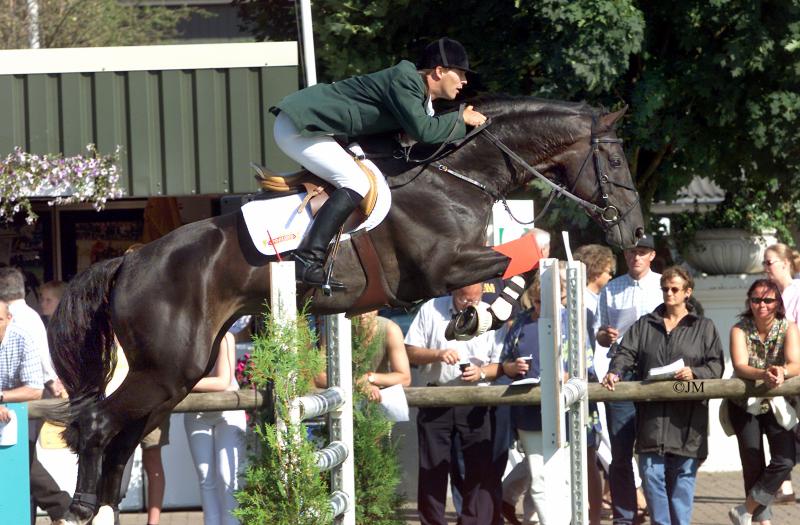 Last week, we looked into which breeder bred the most Grand Prix-horses. This week, the breeders of approved stallions are in turn!

In total, 843 KWPN-approved stallion were born in 1990 or later and are or would have been 30 years old. These stallions were bred by over 700 breeders. Who bred these stallions? And which breeders are at the base of more than three approved KWPN-stallions? We figured it out! We are planning to analyse which breeder was most successful in this respect, according to the total number of foals he or her registered with KWPN, that may lead to a surprising ranking. The KWPN-acknowledged stallions were not taken into account.

Jan Greve
Also, breeder Jan Greve is not missing in this ranking. He is responsible for eight approved KWPN-stallions bred by himself. Fibonacci, Foreign Affair, Haynes GH, Madison, Pythagoras, Tjungske and the two new additions: Lifestyle and Lingo van de Watermolen. Two of his approved stallions are sired by Carambole, the stallion with who his son Willem Greve is successful at the highest level in sports. Carambole is the sire of Fibonacci and Haynes GH. Jan Greve co-bred the stallions Pythagoras, Lifestyle and Haynes GH, his son Willem is the co-breeder of Lifestyle.

Martien van de Bruggen
The fourth breeder in this list is a jumper breeder as well. Martien van de Bruggen has bred six KWPN-approved stallions up to date. They are the preferent stallion Harley VDL, Silverstone, I Am Codex, Everto, Casago and Cantona TN. He used his breeding product Harley VDL to breed Everto

Four breeders with five stallions
Four breeders managed to breed five KWPN-approved stallions: Egbert Schep, Jan van Kooten, Roelof Bril and Gerrit Willem van Norel. The last mentioned is the first dressage breeder in this ranking. He is the founding father of the stallions Charmingmood, Cover Story, Uphill,  Expression and Il Divo. Roelof Bril bred the KWPN-stallions F-One USA, Homerun, Invictus, Key West and Lazzaro. This last stallion is a descendant of ‘his’ stallion Homerun. Egbert Schep is at the basis of the stallions Bernini, Extase, Jubel ES, Kensington ES and the four-year-old La Costa ES. He has co-bred Bernini. In Freedom, Joint Venture, Jukebox, Upperville and Whitesnake, Jan van Kooten has his five approved stallions. The first three are closely related to each other, they all have the Corofino-daughter K-Nola in their pedigree.

Breeders with four stallions
The late Huub van Helvoirt bred the king of dressage stallions: Jazz, and also his son Tango. But also Charmeur and Zuidenwind first saw the light of day in his stables. All four stallions managed to perform at the highest level in dressage sports, the Grand Prix. Bert Rutten, owner of Dressuurstal Rutten, also managed to breed four KWPN-stallions: Habanna, Montecristo, Obelisk and Tchaikovsky. The late Arend Jan Floryn has bred the stallions Carrera, Larino, Upgrade and Zürich, of which Carrera is a son of the home-bred Larino.

Gelder horse stallions
We have covered all breeding directions, except the Gelder horse. Which breeders of Gelder horses have bred more than one KWPN-approved stallion? The stallions Laurentz and Parcival were bred by A.J. Heijink and W. van Sijpveld-Bomas is the breeder of the stallions Casaron and W V Saron. Another breeder managed to get two of his breeding products approved for the Gelder horse direction: Karel van Leijden bred both Koss and Wilson.