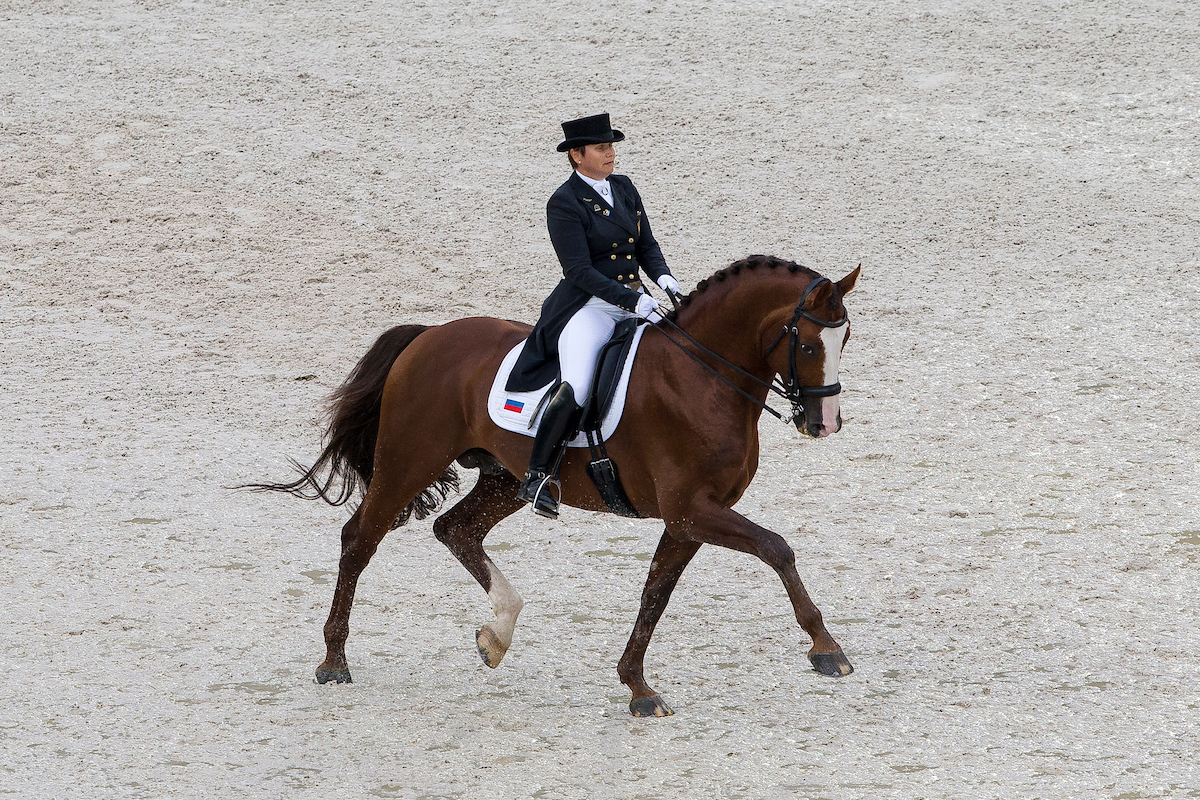 When we talk about Grand Prix, most of the time we have dressage- and jumper horses in our minds. But did you know that also a variety of Gelder Horses and Harness Horses are successful at the highest level? You’ll read in this article which horses we mean.

Popular Sires
The stallion Parcival is most common as a sire, namely five times. He is followed by Saffraan, Special D and Tourist. They account for two offspring on this level each. On the damside, we see the stallion Renovo three times, and Bazuin, Harald, Fabricius and Unicum twice.

Approved Stallions
The approved Gelder Horse stallions Upperville (s.Cabochon, breeder J. van Kooten of Montvoort) and Zethar (s.Parcival, breeder H. van de Wetering of Nijkerkerveen) belong to the 27 Gelder Horses and Harness Horses born in 1990 or later, who reached Grand Prix-level. Upperville was competed by Russian rider Tatiana Dorofeeva, before he came back to Holland a couple of years ago. Marjan Hooge then started competing him. Zethar was ridden by Stephanie de Frel and togehter, they reached National Grand Prix-level. The stallions Olivier (s.Idocus, breeder Madeleine Austin) and Atze (s.Astor, breeder G.A.J. van Heijst of Voorburg) were acknowledged for breeding based on their achievements in sports. First mentioned Olivier was successful in the USA, and Atze is competed by Anouk Noordman.

Z-Year
The horses born in 2004, the Z-year, appears to be a very good one. No less than eight now sixteen-year-old Gelder Horses and Harness Horses have reached the highest level.
In addition to the KWPN-stallion those are Zaffier (s.Special D, breeder P. en M. Stevens of Zeijen), Zander (s.Parcival, breeder A. Golsteijn-Van Berk of Dedemsvaart), Zarcita (s.Parcival, breeder R. Otten of Enter), Zarino (s.Special D, breeder M.J.A. Buitink of Klarenbeek), Zeron (s.Saffraan, breeder A.E. Haarman of Heeten), Zeronica (s.Talos, breeder A.M.H. Prins of Oldeberkoop) and Zielardo (s.Manno, breeder J.J.M. Jansen of Hooge Mierde). Zeron has proved himself in Great Brittain at the highest level and the studbookmare Zarcita in the international Grand Prix. Zeronica is the only elite mare of all Gelder Horses and Harness Horses at Grand Prix-level. She was also competed by Anouk Noordman. The mare is now used as a broodmare, and among others she is the dam of a foal by the KWPN-acknowledged Gelder Horse stallion Atze.

Spanish Championship
The accepted stallion Cadans M (s.Torino, breeder J.H. Mittendorf of De Krim) is still earning percentages of 70% and more in the Big Tour with Kelly Zuidervaart. His contemporary and second round viewing stallion Ceasar (s.Unieko, breeder Th. Postma of Kollumerpomp) was able to reach the same level. The two Harness Horses by the stallion Tourist were both competing at international Grand Prix. They are the now thirty-year-old Its (breeder J.D. Veenstra of Ureterp) and the three year younger Lianca (breeder R. van den Brink of Nijeveen), who was part of the French WEG-team in Aachen in 2006 with rider Constance Menard. The youngest Harness Horse who reached international Grand Prix-level is the twelve-year-old Deo H.P.V. (s.Zilvano C, breeder Ismael Perez, Madrid, Spain). He is competing with the Spanish rider Sonsoles Roldan Martinez and last year, the combination finished twelfth in the Spanish Championship.