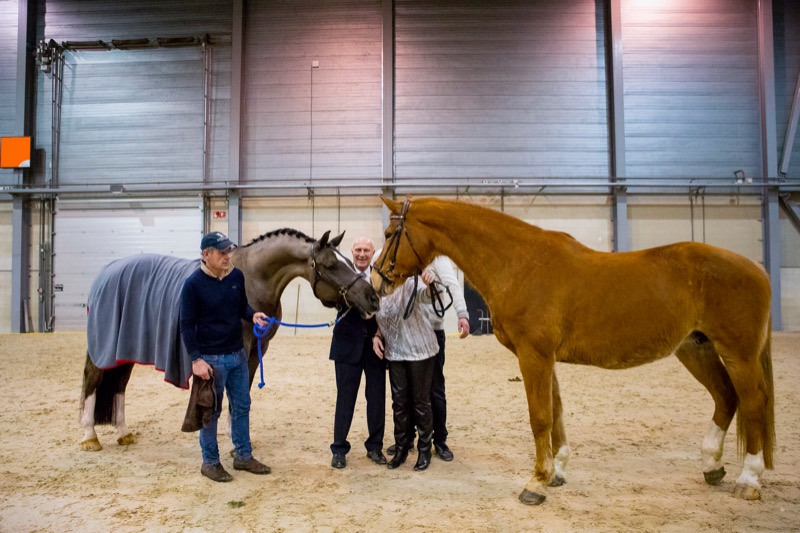 The KWPN mare Maifleur (Gershwin out of Weidyfleur keur by Heidelberg) has passed away. The most well-known offspring that Joop and Maartje Hansen of the provence of Zeeland bred with her is two-time Olympic Champion Valegro (s.Negro). Maifleur reached the age of 26.

Joop and Maartje Hanse bred Maifleur themselves, the mare would stay at the couples stables for her whole life. “She was born and raised with us, we did everything with her”, Maartje explains. “She was just like a little dog. Maifleur has always been with us and we were busy with her all day. She was a very pleasant horse, very sweet and with a golden character. All of her offspring resemble that.”

Offspring
Maifleur gave birth to six offspring. The first was Soleil-Fleur (s.Kennedy) in 1999. In 2002, Valegro (s.Negro) followed and in 2003 his full sister Weidyfleur II. In 2005, Aimfleur (s.Lupicor) saw the light of day and after that, there was a long breeders break. The Hanse couple bred Maifleur to Negro twice after that. In 2014, Jalegrofleur was born and in 2016, Lelegro followed.

Hacking As A 25-Year-Old
Maifleur has been fit as a fiddle her whole life. As a 25-year-old, she still went hacking on a regular basis with Joop Hanse. Only recently, her health declined.

KWPN Stallion Show
The last public appearance of Malheur was at the KWPN Stallion Show of 2017 in Den Bosch. A goodbye ceremony was held for Valegro, and his dam Malheur appeared in hand with the Hanse couple. Joop and Maartje Hanse: “A week before, we practiced one time for the show, but before we went in the arena, we did stress a little bit. Once inside, all stress dropped away. What a wonderful experience! The big enthousiastic crowd, that all came to see our breeding product, that is so special. We both got goosebumps and enjoyed the evening tremendously. When you can experience such a magnificent success as a breeder, you can only be very happy and proud and we will reminisce of this show, in which two of our grandchildren rode with their pony, for a long time.”