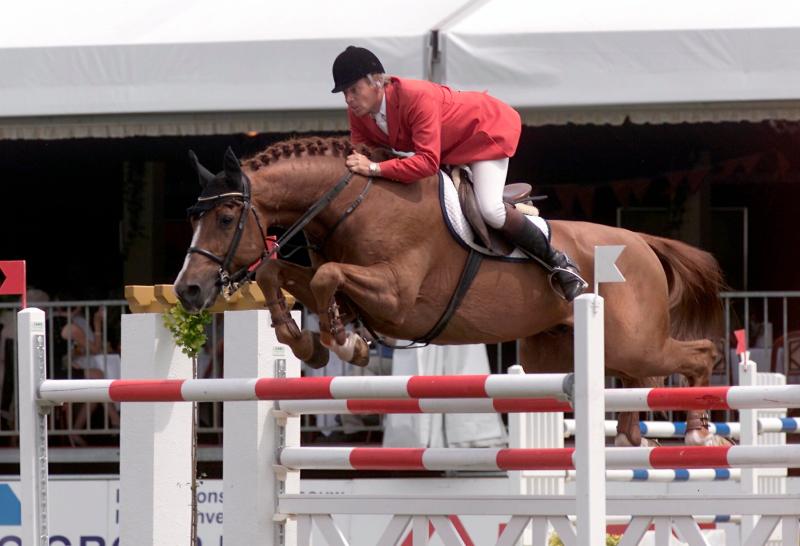 The keur stallion Phin Phin (Chin Chin out of Miss Abdullah T by Abdullah, breeder Kamiel Troubleijn) passed away at age 28. Phin Phin was approved at a later age for KWPN. With Roelof Bril, who discovered the stallion in Belgium, the stallion developed into a Grand Prix jumping horse.

Phin Phin was the winner of many international classes, among which those of Amsterdam, Geesteren, Maastricht, Wembley and Sachenhof. He also won the Grand Prix of Gyon at 1.60m-level and finished second at the Audi Grand Prix of Wiesbaden at 1.60m-level. Many of his offspring were and are successful at international level. For example Avenir, Uriki, Urona, Utha, Tin Tin, Top Secret, Zalvo, Wilexo, Brilexa and Vegas.

Offspring
In total, Phin Phin registered 547 offspring, of which 285 stallions and 262 mares. One of these stallions is the approved Ultimo. Grandson Key West (s.Tangelo van de Zuuthoeve) was also approved. Also, his daughters perform not without merit. Phin Phin is the sire of 42 mares carrying the sport predicate and of thirteen elite mares.

Fantastic Performances
Henriette Venderbosch is looking back at many successes of the stallion. “What a remarkable moments we have had with Phin Phin and what fantastic achievements he was able to reach with Roelof Bril.”

Golden Character
“We have enjoyed Phin Phin, even at his old age he felt like a young stallion when he was allowed outside. So much zest for life and such power. A golden character, very intelligent and so much quality. Rest in peace, sweet Phin Phin. We will miss you dearly”, Henriette Venderbosch says. She also indicates that frozen semen of Phin Phin is still available.