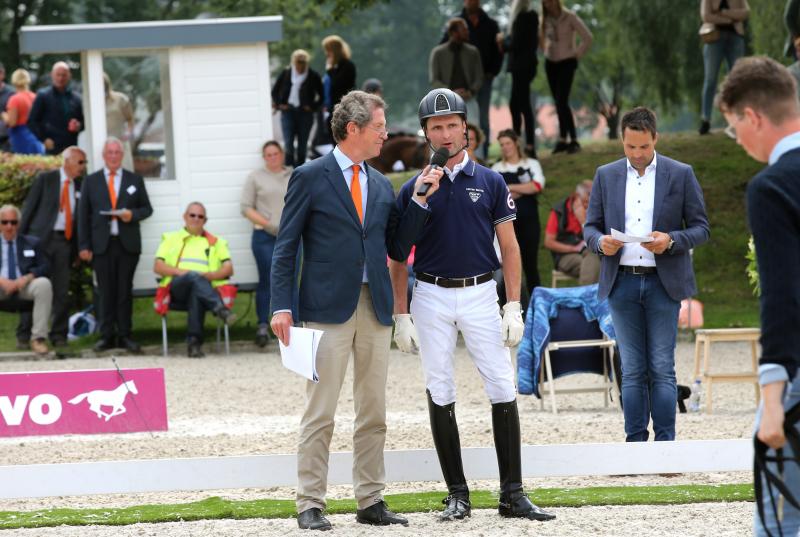 This year, the German young horse specialist Philipp Hess returns back as the guest rider in the saddle of the talents in the final of the Pavo Cup. His father Christoph Hess is a member of the jury during the semi-finals.

In May it was announced that the KWPN Championships could not take place this year due to government measures regarding the coronavirus. The Pavo Cup will therefore take place later this year in the Amaliahal at the National Equestrian Center in Ermelo. The semi-finals and finals of the four-year-old horses will take place on Friday the 16th of October and on Saturday the 17th of October, the five- and six-year-old horses will compete.

Christoph Hess is an FEI 4* judge and has been active within the FN since 1980. He started as an instructor, but was active as head of the training department until 2016. In recent years, he was also a jury member at the World Championships for Young Dressage Horses in Ermelo. As a thank you for all his achievements in equestrian sports, Hess was awarded the German golden Reiterkreuz at the Bundeschampionate last year. His son Philipp Hess, is a very talented rider and last year he judged the young talents at the Bundeschampionate and the Pavo Cup as a guest rider. Father and son Hess will be coming to the Netherlands in October to contribute to the current edition of the Pavo Cup. Philipp will once again act as guest jury, Christoph is one of the jury members in the semi-final. He also explains the final horses to the audience.

Do you have a good young horse in your stable with which you would like to compete for a place in the (semi-) final? Then sign up for one of the preselections, which will take place from 12 to 27 September. Registration starts at the beginning of July.