Trendsetting Dressage Mares, The Base Of Grand Prix Horses 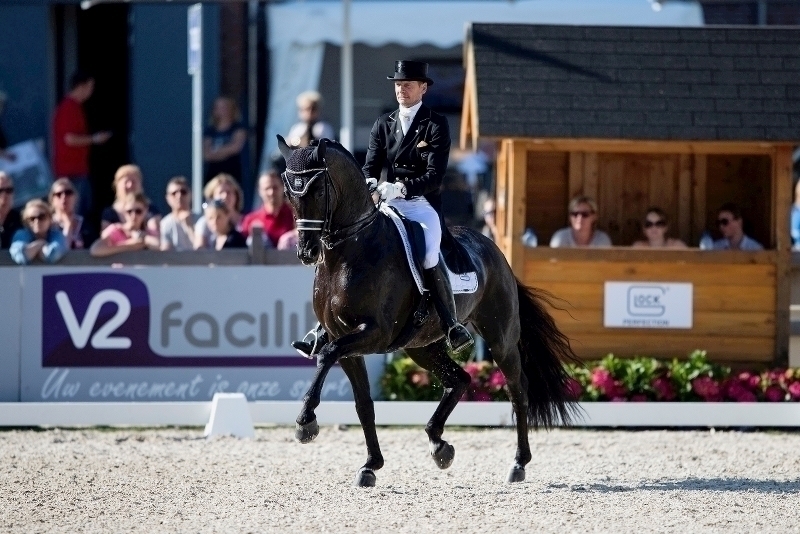 To anyones succes in breeding, a mare is the base. The influence of these mares is respectable. They carry and  care for their foals, but that is not all. Some mares give more of themselves than others and some seem to fit a certain stallion very well. One thing the mares in this article have in common: they produced more than one Grand Prix horse.

Nineteen Mares With Three Grand Prix Offspring
The majority of these 2,500 mares were able to produce one Grand Prix dressage or jumper horse. Only a small number of mares have put a stamp on breeding. The group of mares that produced three Grand Prix offspring, is a lot bigger than the two jumper mares with four Grand Prix offspring, born in 1995 and after. Nineteen mares were able to produce three offspring at Grand Prix level. For example, the Frühling daughter Lady gave birth to the olympic dressage horse Cosmo (s.Van Gogh, breeder S. Serrarens of Weert) from rider Sönke Rothenberger, his full sister Dimare who is also classified in Grand Prix and the Big Tour horse Van te Man (s.Obelisk).

Ushimanda
Ushimanda, a Rubiquil daughter, can also be added to the list with three Grand Prix offspring. Her son, the KWPN acknowledged stallion Double Dutch (s.Johnson) is performing at the highest level, as well as her son by Negro, Ego L, and the ten-year-old Fila Manda (s.Westpoint). Besides that, she is also one of the four mares in total with three offspring at Grand Prix level, who has the sport-predicate herself. Ushimanda has performed at ZZ-Licht-level. Her dam Latamanda and granddam Indiamanda were both succesful in the Big Tour and were able to breed two Grand Prix offspring. In 2017, Leunus van Lieren, who is at the basis of the Manda-damline, was elected dressage Breeder of the Year.

Mares With The Sport Predicate
Not only was Jazz daughter Papayja able to produce offspring that perform well in sports, she also performed herself up to Z2-level. By Polansky, she gave Udjang and Velvet and by Westenwind the mare Doraya (breeder C.A. Telussa Baas of Oostkapelle) who is performing at Grand Prix level in Great Britain. Udjang was competing at the highest level in America and Velvet performed in the international Grand Prix.

Dillenburg daughter Jirdonie was able to give three offspring at Grand Prix level as well, and earn the sport predicate herself. She did that as a jumper horse. Her offspring seem to come into its own at the dressage arena best. Three times, she gave birth to a foal by Havel that would grow into a dressage horse at the highest level: Nero, Olympus and Pardono (breeder J. Hegen of Dalen). Of the over 2.500 mares with a one or more offspring at Grand Prix level, one fifth has the sport predicate herself. That is over 500 mares. 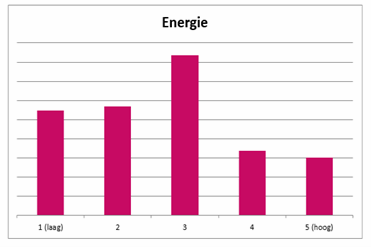 Table 2  shows which stallions come up at the damside most. Remarkable it is that G.Ramiro Z combined with Krack C was able to account for four Grand Prix dressagehorses. For example, the mare Horrita R gave the Grand Prix horse Westewind, the U25-horse Askari and the Big Tour horse Borrita R. All by Krack C, and bred by G.S. Bakhuisen of Abcoude. 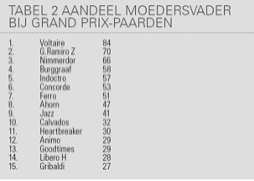 In KWPN Magazine number 3: Grand Prix gives Grand Prix,  we dove into the KWPN Database looking for horses that were performing at 1.50m level and up. We also searched for succesful breeding combinations in this respect. Also for this analysis we compared the sires of the dams to the sires of the Grand Prix horses. In table 2 , you can see which stallions pop up at the damsire the most. That Voltaire is a good combination with Indoctro (5x) and Numero Uno (8x), we have stated already in the analysis mentioned above. Nimmerdor is listed as damsire 66 times. Burggraaf is coming close with 58 mares who carry his blood and subsequently were able to produce a Grand Prix offspring. Combined with Concorde, this resulted in seven Grand Prix horses and with Heartbreaker, four. The blood of G.Ramiro Z at damside is connecting well with Heartbreaker (5x), Concorde (4x), Indoctro (4x), Quasimodo Z (4x) and Krack C (4x).

Some examples of this are Tennessee W (Concorde out of Elottie W, breeder P.H.B.M. van Wegen of Raalte), who performed with Henk van de Pol at the highest level, the KWPN Grand Prix stallion Oramé (Indoctro out of Iramee, breeder L. de Bruijn of Liessel) and the 1.60m mare Alandra (Quasimodo Z out of Lieke, breeder C. Timmermans of Oost- West- en Middelbeers).

Young Dams
The youngest mares in this analysis were born in 2007 and consequently thirteen years old. The youngest Grand Prix-horses are born in 2011 and will become nine this year. If we look deeper into the age of the mares, it appears that almost half of the Grand Prix horses were born when the dam had an age of three to five years old. For example, the dam of the nine-year-old Grand Prix horse Grand Voice (s.Charmeur, breeder A.J.P. Bouwhuis of Waddenoijen), Cristal Voice (s.Voice). She was four years old when she gave birth to her first and up to now only offspring.