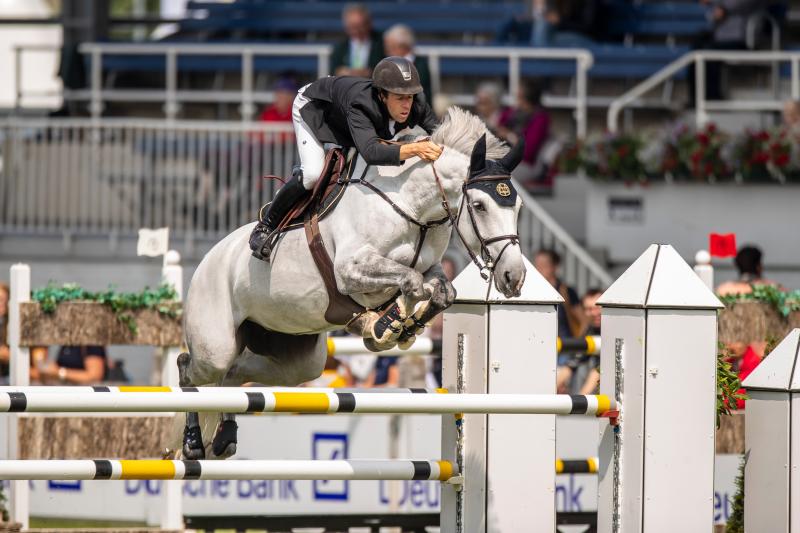 After months they were able to compete again international with their colleagues at the highest level: Maikel van der Vleuten and Dana Blue (Mr. Blue out of Tulana perst from Hemmingway) did good business today in Saint Tropez, France. Dana Blue was the last to qualify for the jump-off under Maikel and managed to cash in on the chances of winning: in 72.44, the Mr. Blue daughter bred by Jan and Paul Bocken jumped to the victory.

"I immediately had a good feeling with Dana Blue", Van der Vleuten responded by telephone from the south of France on Sunday evening. "Last Friday she jumped very well in a smaller class and then I felt that there could be something beautiful  this weekend."

Van der Vleuten earned 25,000 euros with his victory of the Grand Prix over 1.55 meters with four stars. He was the fastest in the jump-off, in which 12 of the 16 combinations remained clear. For Van der Vleuten, his performance in the beautiful surroundings of Saint-Tropez was the first in a series of three weeks.

Maikel also started at 1.45m level with the KWPN stallion Edinburgh. With the Vleut son he achieved a 10th place on Thursday and a nice 4th place on Friday.