Straw of Chacco-Blue semen sold for 32,000 to Hungary 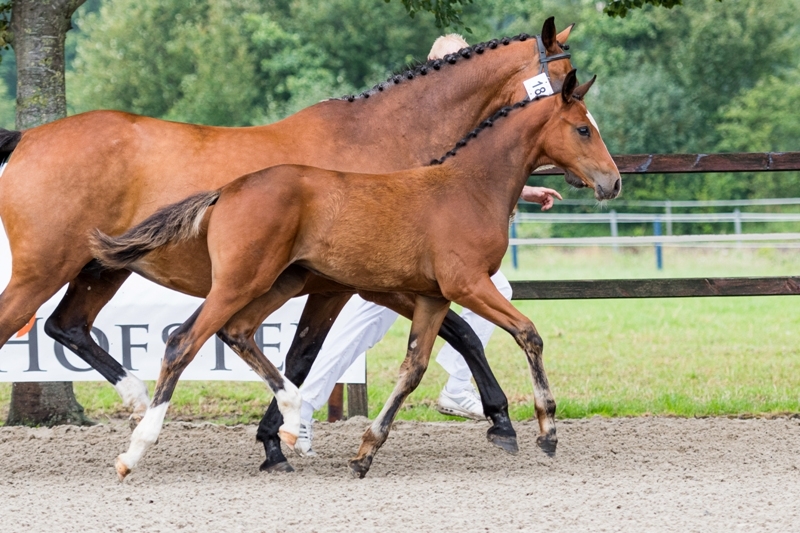 This year's second KWPN Online Foal Auction is over! This foal auction was organized in collaboration with De Wiemselbach and Stal 't Hofstee.

We had the honor to auction an original straw semen of Chacco-Blue and the highest bidder was a regular Hungarian customer. He paid 32,000 euros for the straw of semen.

Of the 21 foals auctioned, more than 75% have actually been sold and the majority of the foals have remained in Dutch hands. The two most expensive foals were sold for 5,500 euros, namely Petacchi NL (by Jappeloup) and Patrimonium B (by Van Gogh). Petacchi NL leaves to Sweden, registered Dinand Noeverman from Ommen is satisfied with the result. “It is a good thing that these auctions are open for everyone. The selection day is well organized and realistic prizes have been given. And it turns out; sport sells! For example, the half-sister of Petacchi NL jumped well at the Equestrian Center de Peelbergen last weekend.” The other foals have been sold to Belgium, Sweden, America, Germany and the Netherlands.

The collection of the next KWPN Online Foal Auction will be presented on Monday 3 August, the bids will start on Friday 7 August and the auction will close on Monday 10 August. For all results of this second auction, go to the auction website.