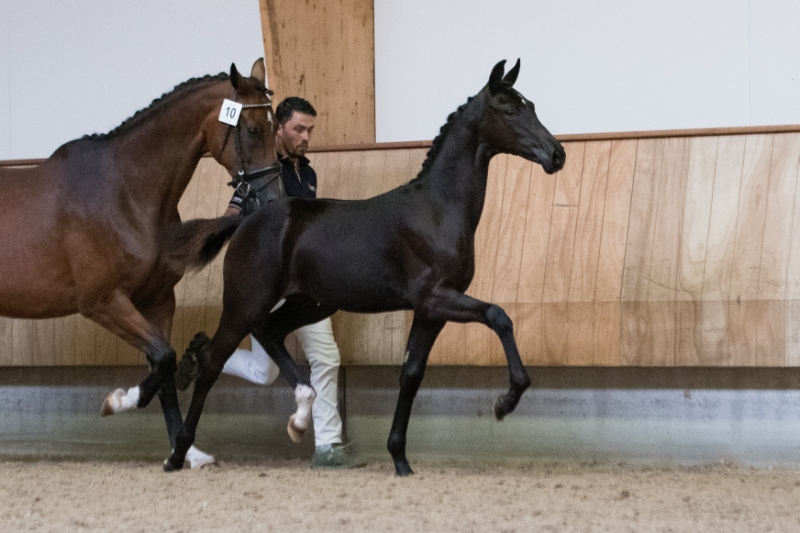 Last Monday the first collection of the Future Dressage Foal auction was auctioned. Fifteen promising dressage foals from young KWPN dressage stallions were part of this collection. Buyers from domestic and foreign knew to find their way to the auction and took their shot. The most expensive foal was Prada Boa T, an offspring of the young stallion Lennox U.S.

Also, bidders from Ireland, Belgium, the Netherlands have invested in foals from this collection. ''The goal of this auction was to promote the young KWPN dressage stallions to an international audience by using the auction platform, which seems to be successful!'' said spokesman Wim Versteeg from Sales.

Next to this auction, two other KWPN online foal auctions are scheduled. The sixth collection is now online. The bidding starts this Friday and closes Monday the 28th of September.