An average price of 5.000 euros in the sixth online foal auction 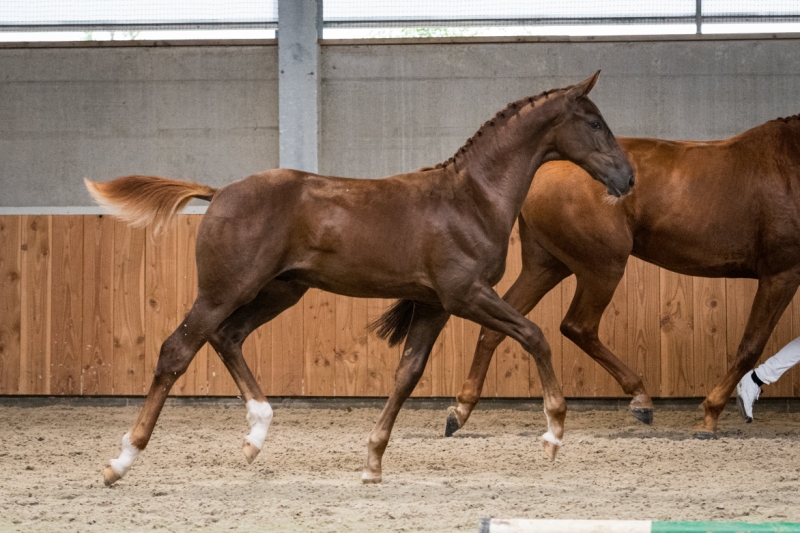 Yesterday 29 foals were auctioned in the sixth KWPN Online Foal Auction. Again the majority of the foals will find their new home abroad. The highest bid was for the GLOCK's Toto Jr. colt Porsche, which was an amount of 10.000 euros. This foal remains in the Netherlands.

The second most expensive foal, which was bought for 8.500 euros by a new South-African client, was Pascha K an offspring by the previous passed away stallion Classic Orange Z. Besides Pascha K, also Puntje TD (s.Tangelo van de Zuuthoeve) will go to South-Africa. Kjento's offspring Pego will stay in the Netherlands for 7.500 euros.