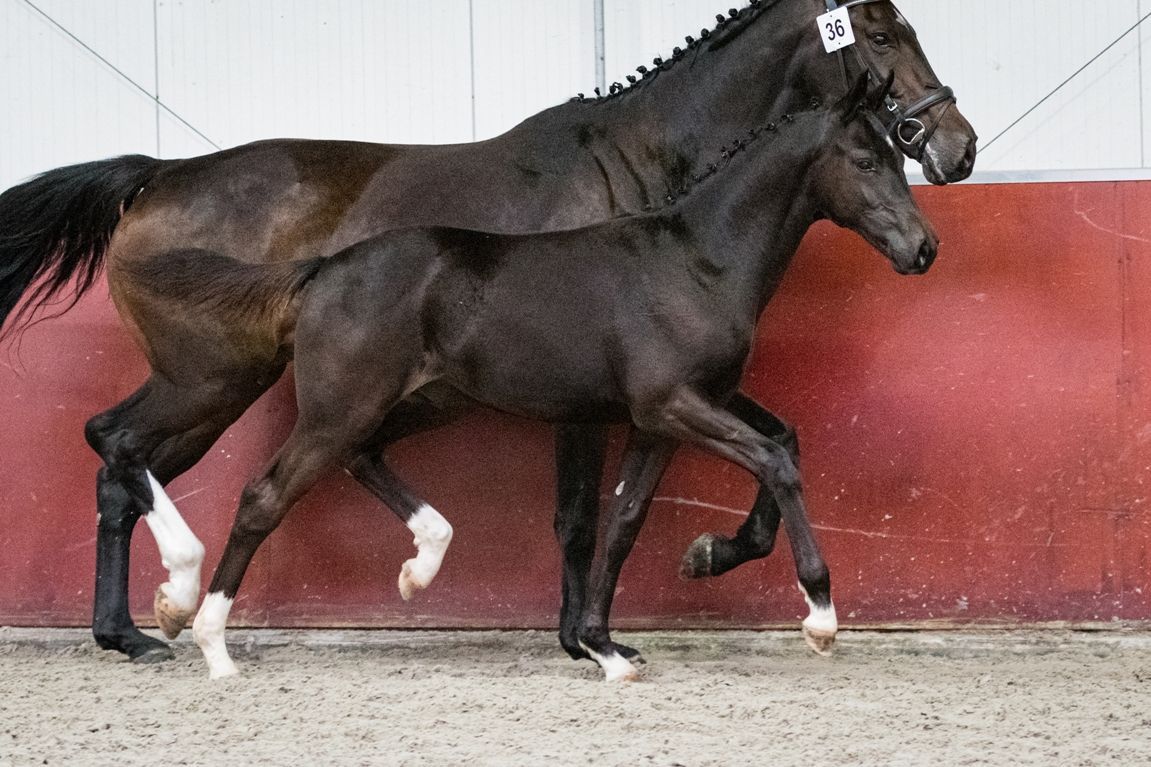 A summer full of foal auctions has come to its end. Never before this many foals were offered and sold via the KWPN auction platform. Many foals have found their new home in foreign countries, however, the Dutch people still seem to appreciate our KWPN foals.

This auction counted more than 2 favorites. Two dressage foals were sold for 11.000 euros. The Totilas colt Parangon van Kairos remains in the Netherlands and the For Romance son Pandion van de Reesterhof will go to Portugal.

Paddington (s.Emerald van ‘T Ruytershof) has left for America for an amount of 10.000 euros. The full-brother of the American Hunter Champion Primero, Primero (s.Numero Uno), will keep him company since he was sold for 9.000 euros to an American bidder.

90% of the 26 auction foals were sold, which is this year’s highest sales rate. From the sold foals 11 will go to foreign countries. The average sales price of this edition was more than 5.000 euros.

‘’Despite the insecure time, we are very pleased with the results of this year’s foal auction season. This season was very constant with a view outliers, in general, there was a high sales rate from around 80% and the average price increased compared to last year’s auction season.’’ Concludes Wim Versteeg on behalf of the sales team.

Wim Versteeg continues ‘’We would like to thank all breeders since this was not possible without their trust. More quality foals are offered to us and also the health inspection and the selection for correctness is paying off, resulting in buyer’s confidence. Many returning bidders and buyers are seen, which is very positive.’’

Despite this was this year’s last KWPN online foal auction, the following dates can be noted. Monday the 16th of November, a collection of broodmares will be presented at the KWPN Broodmare & Embryo auction. The bidding will start on Friday the 20th of November and will end on Monday the 23th of November. These horses can be viewed via www.kwpn.auction. Besides that, this December multiple stallions that participated in the first round viewing will be auctioned. More information about this auction will follow.