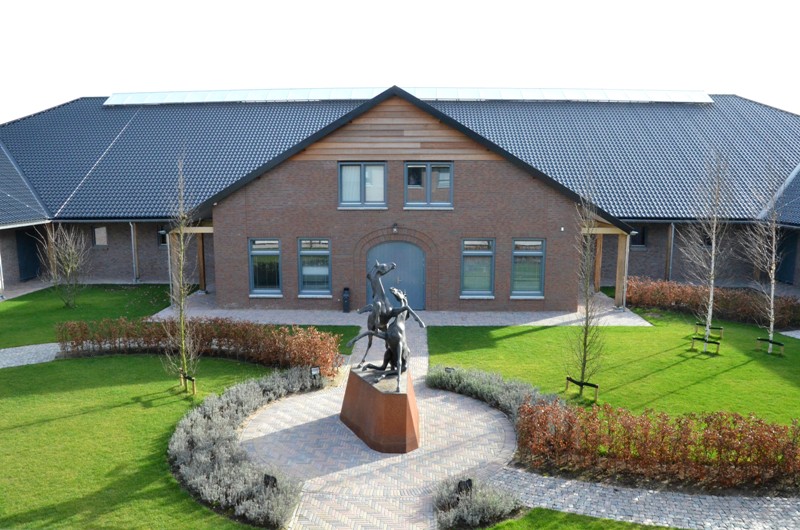 The KWPN has finished at the top of the WBFSH studbook ranking in three disciplines. For two years, the KWPN breeders have been in the lead for dressage and show jumpers, but this year they also take the overall lead in the eventing.

The WBFSH rankings are calculated over the period from the 1st of October 2019 to 30rd September 2020, horses can earn points at all international FEI competitions. They are placed in success order and the results of the best six horses are included in the WBFSH studbook ranking.

Denver's best performing show jumper
Marleen and the late Anton Woertman from Harbrinkhoek bred Memphis-son Denver (out of Toscin by Chico's Boy). This gelding is leading the show jumpers this year. Denver started his international career in the eventing, but is now the best performing show jumper of the past year under the British Holly Smith. “My father and I bred Denver together and sold him as a foal,” says Marleen. “I'm quite proud of it and it still feels a bit unreal. My father was a passionate breeder and had an eye for it, but breeding was purely a hobby. That makes it even more beautiful that this is now coming our way.” Just below Denver, Contendro II-son GC Chopin’s Bushi (out of Ushi stb from Nairobi) is in second place in the ranking. This Bushi was bred by the Van der Steen brothers from Esch and ridden by Dennis Lynch. Maikel van der Vleutens Dana Blue (Mr. Blue out of Tulana van Hemmingway) finishes eleventh, this mare was bred by Jan and Paul Bocken from Weert. The three other show jumpers that put the KWPN-breeders in first place are Cristello (Numero Uno out of Volstelle keur pref perst sport-spr by Voltaire, breeder WFJ Wigink-Markvoort out of Schalkhaar, 17th place) of Denis Lynch, Brown Sugar (Chacco Blue out Kajottie van Farmer, breeder Jos Althuyzen from Sint Anthonis, 22nd place) from Hani Kamal Rahji Bisharat and Sterrehof's Dante (Canturano out of Zidante ster IBOP-spr sport-dres d-oc from Phin Phin, breeder JWJ Soeter from Stokkum, 48th place) from Marc Houtzager .

Eventers on one
Last year the Dutch eventers were third, this year they managed to climb to the first place! Kevin McNabs Scuderia 1918 Don Quidam (Quidam from Nairoby from Amethyst) was the biggest contributor, he is second in the ranking. “I have bred several good foals, but this one ended up very well and stands out”, breeder Johan Schurink from Wijhe says enthusiastically. “He has already done great, but he is also a very good age so he can still participate in the sport for a while. As a young horse I sold him through an auction and I did not expect him to do so well, I am very proud that he has made it this far.” Herby (Zirocco Blue VDL out of Naomi ster perst sport-spr from Ferro) takes third place in the ranking. He was bred by Wim van Hoof from Netersel and recently won a long 4* in Poland under the saddle of Tim Lips. Tim Price's Happy Boy (Indoctro out of W. Amelusina 17 ster by Odermus R, breeder A. Rijpma from Lieveren) takes 18th place in the ranking and thus contributes to the studbook ranking, just like Philip Dutton's Fernhill Signapore (Signapore out of Riedellia stb from Animo, breeder J. Dresen from Valkenburg, 30th place), Alexander Bragg's Zagreb (Perion out of Renera stb by Nagano, breeder HJ Leijser from Someren, 34th place) and Rosalind Canters Zenshera (Guidam out of Telvera van Matterhorn, breeder J. Morsink from Wierden, 41st place).