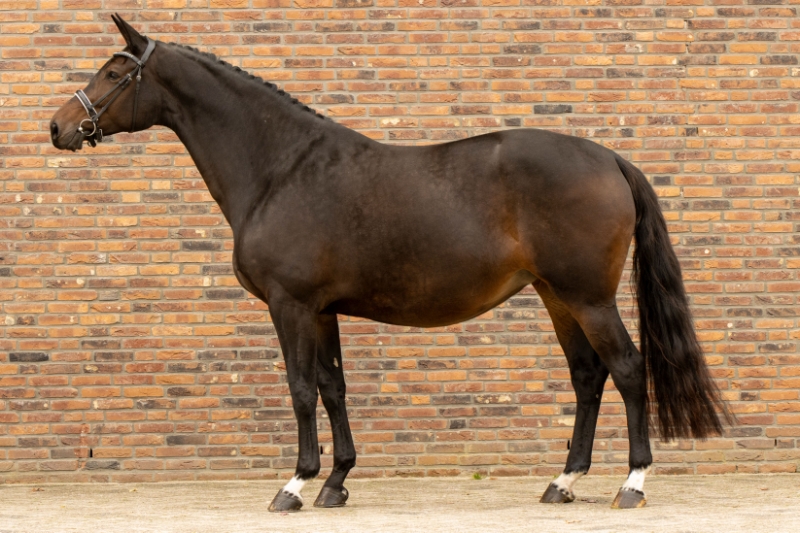 It’s time, the second collection of the KWPN Online Broodmare & Embryo Auction is launched! Upcoming Friday, the bidding starts at these 21 broodmares and 2 embryos.

Investing in good mare material pays off, are you looking for something extra? Then don’t miss out on the added embryos.

Embryo Escolar
Last year, this Grand Prix stallion debuted in the Olympic framework and is combined with the Andretti mare, Europa. Europa proved herself up to Medium advanced level and is related to the KWPN approved stallion Ladignac (s.GLOCK’s Toto Jr.), the Small Tour horse Bobo (s.UB40), and the Olympic mare Nadine (s.T.C.N. Partout) from Hans-Peter Minderhoud.

World champion
The mare Doli Coeur Field (s.Hearbreaker) is related to the Olympic and World champion Joli Coeur and is in foal to the 1.60m Don VHP Z.

Stallion dam
Between the dressage mares, there is the stallion dam, Hynola M (s.Charmeur). Her first offspring is the KWPN approved stallion Lloyd (s.Governor), she is in foal to Furst Dior.

Medium advanced dam
Elhouette (s.Delano) impresses with her own performance, she proved herself up to Medium advanced level and is the half-sister of the Grand Prix horse Well Done (s.Idocus). In 2021, she is in foal to Las Vegas (s.Ferdeaux).

Auction starts this Friday
Upcoming Friday the auction starts and will end on Monday the 23rd of November from 8 PM. Are you not subscribed as a bidder yet? This is easily done via www.kwpn.auction. If subscribed, you will get updated on all KWPN auctions. Are you looking for a potential sport horse? A talent for the future? Look for the collection and make your choice. Feel free to ask questions to our KWPN inspectors about the foals. Next to that our sponsor Horses2Fly can support you with international transportation. Any questions? Feel free to contact Rianka Hazeleger via salespromotion@kwpn.nl, 0341-255511, or call Wim Versteeg via +316-54201800.