Vote for the "Gelders Horse of the Year" 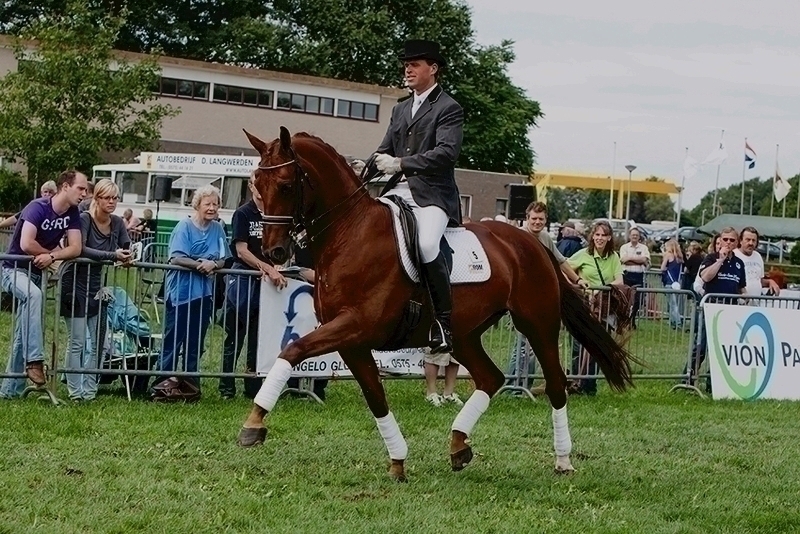 Three Gelders powerhouses have been nominated for the title “Gelders Horse of the Year”. An election that will take place online this year and where the winner will be honored online at the KWPN Stallion Inspection 2021. Versatility, good character, and sports performance are the most important characteristics of the nominated horses.

“We looked at the versatility that typifies the Gelder horse,” says Erik Zeegers. “With a Gelders horse, you can go in any discipline, something you can see in the sports results of the nominated horses. With an international driving horse who also performs in dressage, a 1.35 m showjumper, and a former inspection champion who competes at a high level in the dressage top, we have managed to find a nice row of horses. Interestingly, all of these horses made themselves seen in the inspection track at a young age. We see that the typical Gelderland print and the workable character also scores high in competitive sport. ”

Dandy Jane
Special D daughter Dandy Jane (out of Rendy Jane ster perst van Ahoy) received no less than 90 points for her movements at the studbook inspection. This elite mare proves her versatility by running internationally at the three-star level in the driving sport. What is special is that the breeding product of J. van Malestein from Voorthuizen has a double sport predicate, in addition to her sport predicate in the driving sport, her Z1 ranking in dressage brings a second sport predicate.

Gasarona
Gasarona (Ginus out of W V Sarona van Creool), bred by W. van Sijpveld-Bomas from Ommeren, received 80 points for jumping at the studbook inspection. Gasarona comes from a maternal line with a lot of sport, which also includes the KWPN stallions WV Saron (by Creool) and Casaron (by Ginus). This elite mare is classified in 1.35m level jumping.

Independent Little Me
Independent Little Me already showed his qualities as a young stallion at the KWPN Stallion Show, where he was honored as champion. Independent Little Me is extremely successful in dressage with Dinja van Liere. As a six-year-old, the sturdy chestnut stallion, bred by M.H.J. Rothengatter from Nijensleek, World Cup finalist; this year the son of Uno Don Diego (out of Wendela ster pref prest from San Remo) ran to the silver medal at the NK.

Who will succeed Vidieni?
In 2019 the mare Vidieni got the title “Gelders Horse of the Year”. We know this Parcival daughter from her versatile sports career and as the mother of the KWPN stallion Kardieno. Who will be the successor to this well-breeding elite mare?

Vote for your favorite