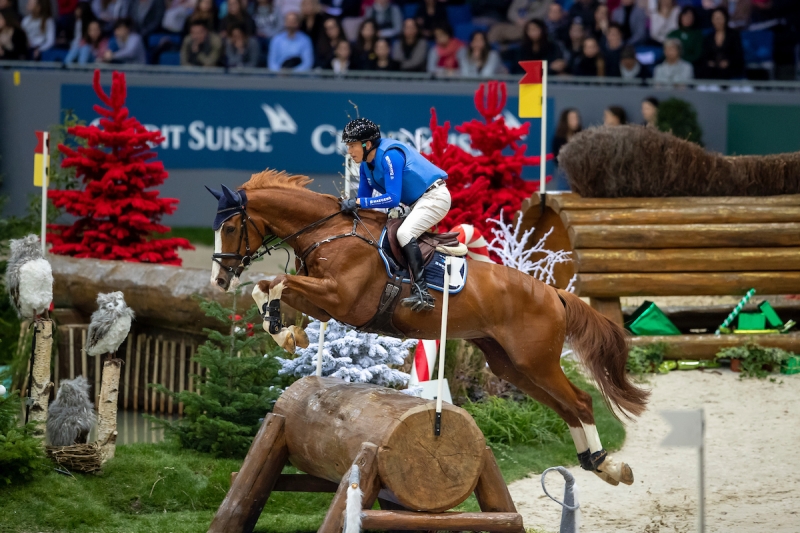 Zirocco Blue VDL-son Herby is one of the Dutch prospects for the eventing sports, for 2020 he placed second on the WBFSH-ranking. His breeder Wim van Hoof was therefore honoured during the Online Stallion Show and received a breeder premium from the Friends of the KWPN.

After the second-round viewing, Herby made his way to the stables of Olympic rider Tim Lips. The gelding showed to have great talent for eventing. At only 8 years old he already met the qualification requirements for the Olympic Games. Multiple top results yielded Herby a second position in the WBFSH Ranking. He won the CCI3*-L of Barroca d’Alva and later placed sixth in his 4* debut in Strzegom. In September 2020, Tim and Herby won the CCI4*-L of Sopot. Remarkably, the pair never scored below 70% in their dressage test on any international competition and so far, have cleared every cross-country course.

Breeding
Herby was born in Netersel, located in the province of Brabant, in the stables of Wim van Hoof. He bred her out of the ster prestatie mare Naomi (by Ferro), Wim competed this mare himself in both jumping and dressage till Z-level (3rd level/1.30m jumping). Naomi was Wim’s first broodmare and she also produced the Lupicor-son Zigo, that was part of the Dutch Junior team with Lisa Nooren. Upgrade-son Balou competed at international CCI3* level with Eef Hamers.

Determination to perform
Ralpj van Venrooij hands the breeder premium to Wim van Hoof on behalf of the Friends of the KWPN. “Especially the character is very important and that determination to perform is something I recognize in all Naomi’s offspring”, tells Wim about his breeding. “I produced Herby myself for the stallion show, he also has a great character. He was the last offspring of Naomi; breeding was a hobby for me and now Herby has qualified himself for the Olympic Games!”