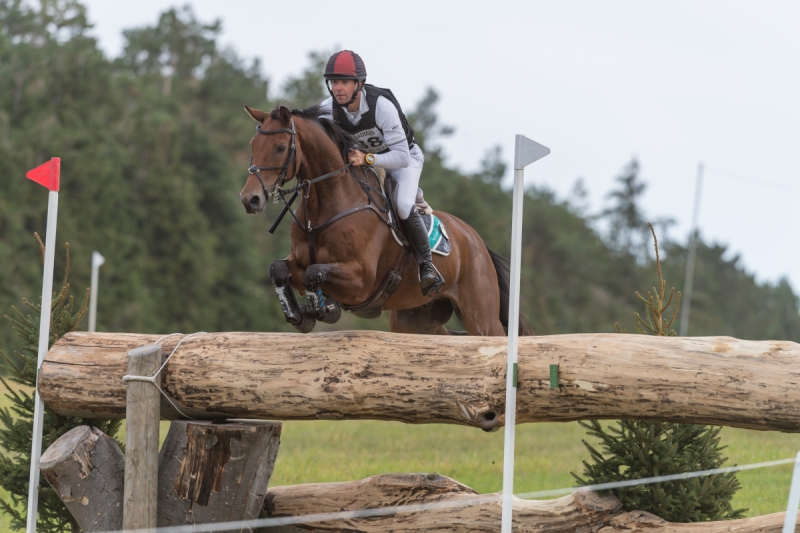 At the Online Stallion Show, Johan and Jannie Schurink from Wijhe made their appearance. They bred the Quidam-son Scuderia 1918 Don Quidam. This gelding heads the WBFSH-ranking for eventer horses over 2020.

Don Quidam started his career as an eventer horse in 2016 under British rider Hannah Bate. Since 2018, the gelding has entered the international eventing competitions with the Australian Kevin McNab. By now, the combination is active at CCI5*level. In October 2019, Don Quidam made his CCI5* debut in Pau, resulting in a clear cross-country phase and a seventh position. In 2020, the gelding placed second in the CCI4* shows of Barroca d’Alva and Burnham Market. Thanks to these top results, Kevin McNab and Don Quidam have a shot at a place in the Australian team for the Olympic Games of Tokyo.

Nairoby
The Schurink family bred Don Quidam out of the keur mare Nairoby, a daughter of the stallion Amethist. Nairoby competed at Z1-level (third level) dressage herself and is known as the granddam of the showjumpers Glenn (by Cornet’s Prinz) and Gold Lady (by Armitage), these horses are active at international 1.40m level. For Johan and Jannie, Nairoby is their first horse and thus the foundation mare of their breeding. The pair bought her as a yearling and at 26 years of age she is still stabled at her familiar surroundings of Wijhe.

Very proud
On behalf of the Friends of the KWPN, Sonja Breure hands the 3000-euro cheque to Johan and Jannie. “We already were very proud, but that sense of pride grows by the day”, says Johan. “This unreal, who could have imagined all this? Don Quidam had a lot of presence as a foal, showed lots of power. The farrier also took an instant liking in Don Quidam and we reared him together, but he was lost out of sight after that. Two years ago, we learned he was active with Kevin McNab and we started to follow him.” Jannie adds: “Don Quidam is the crowning achievement of our breeding!”