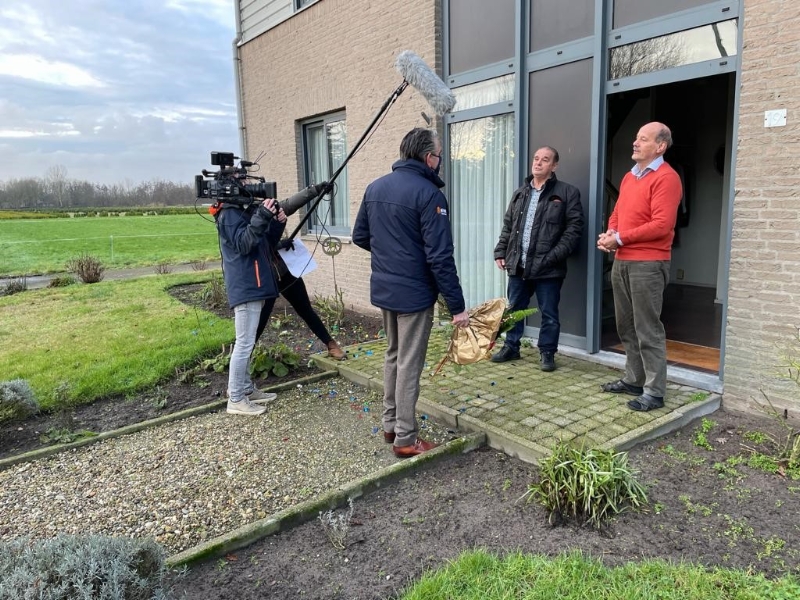 General director Piet Peters set out for Esch, in the province of Brabant, to find Cor and Frans van der Steen, two brothers that bred showjumpers for years. They were just honored and surprised with the title Breeder of the Year 2020 in the breeding direction jumping.

For the election Breeder of the Year 2020, all regions could nominate breeders that scored extremely well and have influenced breeding. In the end, the Van der Steen brothers from Esch were chose, as they always looked ahead in their breeding and regularly opted for thoroughbred stallions. They bred multiple showjumpers that competed at the top of = international show jumping.

GC Chopin’s Bushi
Last year, the Contentendro II-son GC Chopin’s Bushi was remarkably successful with Irish rider Denis Lynch. The pair won the World Cup Grand Prix of Leipzig and were also victorious in Dortmund and Riesenbeck. Earlier, horses such as John Z (by Jasper) and Dinky Toy (by Julio Mariner) were born in Esch. Bushi was the last jumper foal that the brothers have bred, before making the transition to dressage breeding. “It is unbelievable to win this prize”, responds Cor. “When we started out breeding, we wanted to handle it professionally. Our goal was to breed four top horses within ten years, and we succeeded!”