16 appointed stallions on the second day 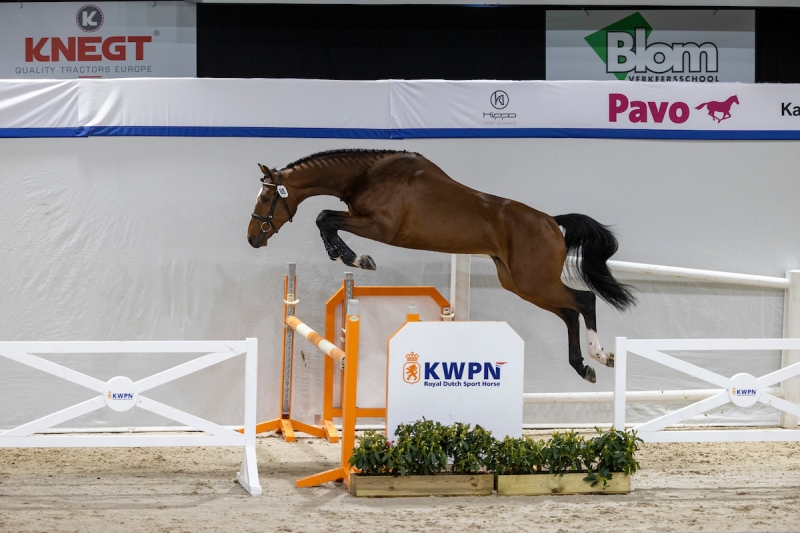 Yesterday, 32 stallions were appointed to the performance test, and 16 stallions were added to this group today. The KWPN-recognized Apardi (3), Quabri de l’Isle (2) and Baltic VDL (2) had multiple sons advanced to the next phase.

The total thereby came down to 48 appointed stallions, six of which were titled premium. Today, A La Minute Z (by A La Carte NRW), Niwyruso H (by Baltic VDL) and Nirvana V&V (by Farfan M) received an invite to the premium presentation, that was concluded this afternoon.

Leaving its mark
Thanks to three appointed sons, the KWPN-approved stallion Apardi clearly left his mark on the second day of the Online KWPN Stallion Show. Once again, the second-round viewings were followed via livestream by enthusiasts from all over the globe. The KWPN-recognized stallion Quabri de l’Isle saw two of his sons receive an invite to the KWPN Performance Test, both stallions were bred by Egbert Schep. “Just like yesterday, we are pleased with the way the stallions were prepared. Thanks to the great team in the cage the stallions were able to present themselves in a calm and horse friendly manner”, said chairman of the committee Cor Loeffen, who formed a jury with Henk van den Broek and deputy Arie Hamoen.