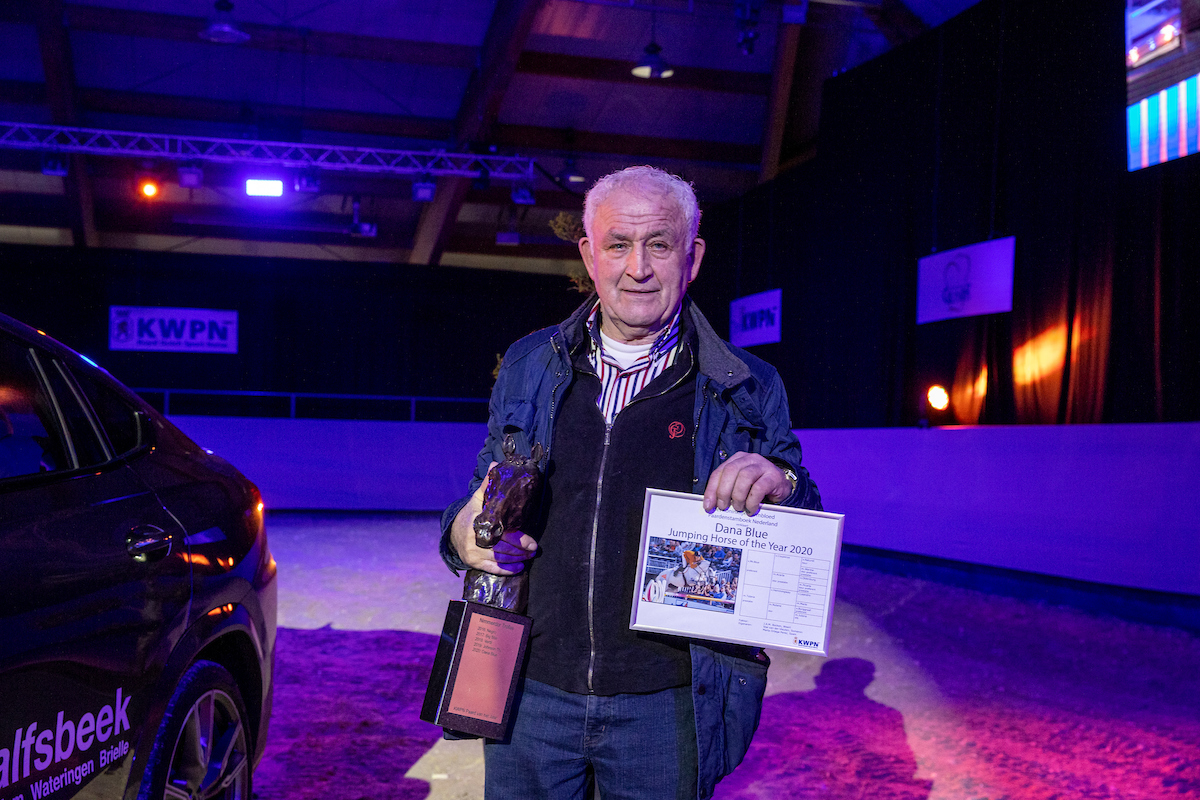 The election of Dana Blue as Horse of the Year was in a great video that featured Maikel van der Vleuten and co-owner Marta Orega.

The highly successful Mr.Blue-daughter Dana Blue sport-spr (out of Tulana prest by Hemmingway) gathered by far the most public votes in the election for the KWPN Horse of the Year in the breeding direction jumping.

Partnership
In the video Dana Blue showed what makes her so special with rider and co-owner Maikel van de Vleuten, since she has proved to be a winner at the highest level. Both her rider and co-owner Marta Ortega expressed their gratitude for the well-deserved title that Dana Blue earned. Maikel: “This award is great one for Dana Blue and the whole team and that starts with the Bocken family that bred her. Dana Blue has a fantastic attitude, a real fighter’s mentality and already quite a list of achievements.” In 2019, Van der Vleuten’s sponsor Marta Ortego took over the part of Dana Blue’s breeders. She also speaks in superlatives when it comes to the Mr.Blue-daughter. “I am so proud that Dana Blue received this title, she really earned it! It is a great example what a good partnership can lead to.”

Immense honour
Breeder Jan Bocken came to the studio in Ermelo, where Charlotte Dekker handed him the Nimmerdor Trophy. “It was a nice surprise when we heard that Dana Blue was awarded this title. Of course, we hoped for it and fortunately all our friends and other enthusiasts voted en masse for her! It is good fortune that Dana Blue, who had a difficult character as a young horse, ended up in the best hands of Maikel van der Vleuten. From the first time he tried her he had the utmost believe in her and because of that he had a lot of patience. This is now paying off and as a breeder it is an immense honour to receive this trophy!”

Read more about the KWPN Horse of the Year in the next edition of the KWPN Magazine.