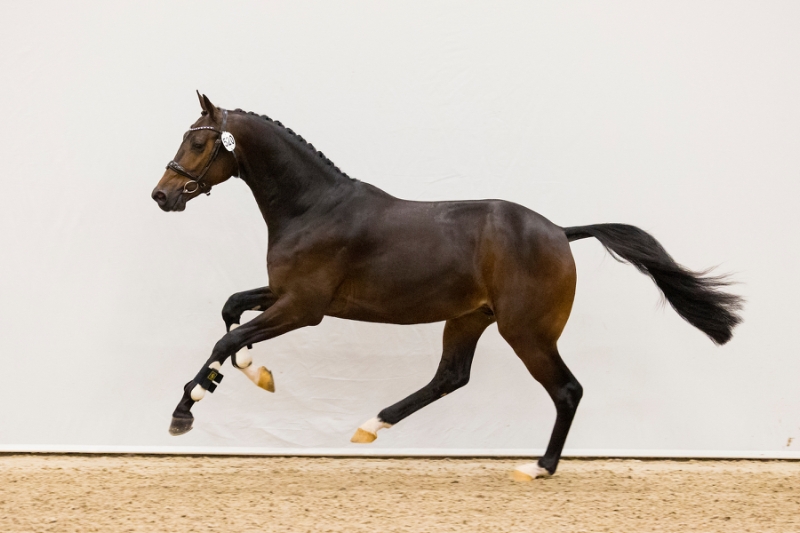 Just Wimphof is making quite an impression at the KWPN Stallion Show. After making headlines as the main supplier of the second-round viewing with 10 sons, four of his offspring now got appointed to the performance test and today he produced the top seller of the auction!

After an exciting bidding duel, Nicky L, one of the four appointed sons of Just Wimphof, was sold for 56,000 euros. There were several interested parties, in the end it was a Dutch buyer that won the auction.

For two stallions the hammer dropped at 40,000 euros: Norton Sollenburg (by Electron) and Notilas (by Totilas), both stallions also remain in the Netherlands.

Currently, the collection of the KWPN Online Broodmare & Embryo Auction is online. Bidding starts the 12th of February and the auction closes on the 15th of February.