Loucky Hagens - Groosman: 'I hope my horses will excel in their category' 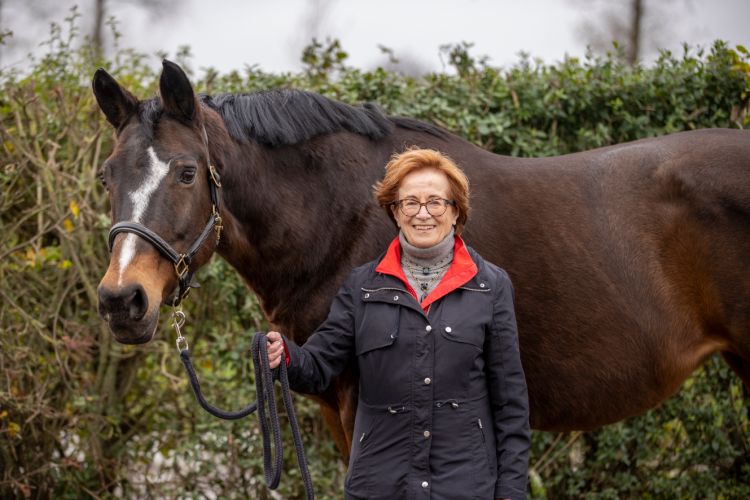 You don’t have to be a big breeder to breed good horses. Loucky Hagens- Groosman is living proof of that with her breeding program. She bought a couple of young mares from Huub van Helvoirt’s breeding program in the ‘90’s and built a thriving program with them. She recently got her second stallion approved with the KWPN: Mamorkus.

Loucky Hagens – Groosman grows up in the most south- western part of The Netherlands. She does not come across any sport horses in her early years: the draft horses predominate in the heavy clay of the province of ‘Zeeuws-Vlaanderen’. The breeding seed is planted by her grandfather, who was active in draft horse breeding and also owned approved stallions. When Loucky later on in her live, while living in the United States, is done riding with her sport horse, she gets into breeding. She decides to build her own breeding business using only the best Dutch breeding stock.

At the coffee table
Together with Deborah Springborn, an American friend, Loucky connects with Huub and Tiny van Helvoirt. Her friend already had good experiences with the well-known breeder couple. She already found Colimbria (by Doruto) there, the full sister of Olympic horse Barbria, national champion Ezabria and stallion dam Gelbria. “We regularly attended Dutch events together. We regularly visited Van Helvoirt during our trips to the Netherlands. We sat there at the coffee table for hours. At the UTV we saw Idamorka become reserve champion at the time and I remember that Chief Inspector Gert van der Veen mentioned in his comment that Idamorka represented the type the KWPN had to go to.”

20.000 dollar in an envelope
Loucky came up with the idea to ask Huub van Helvoirt, who was the breeder of Idamorka (by Zuidhoorn out of Damorka keur pref by Vindicator), if she could buy a filly out of her. "I had to wait a while for that," says Loucky with a smile.  “Idamorka gave birth to a colt first, then she had twins and then a foal was rejected. Finally, in 1998, Rita Morka was born. I immediately asked if I could buy her, but Huub told me to wait until the filly was three months old and then contact him again. I thought it was too much of a risk to just wait in patience, so I really stayed on top of it. I called and faxed endlessly with Tiny. I kept all the handwritten letters. At one point, Tiny said I had a shot. Although I lived in the United States, I boarded the plane the next day. With an envelope containing $20,000, because at Huub you had to arrive with cash. It was a lot of money for a foal, especially when you consider that I paid in dollars and the exchange rate was favorable for Van Helvoirt. But I had to have Rita Morka and had actually already bought her sight unseen. Huub was such a horse expert, he had a great eye for a good horse. He always differentiated between his breeding products and pointed out which ones he thought were the best. Rita Morka came out as the best one of her year. I still think that the quality of my mares has been decisive for the success of my breeding.”

The next generation
With predominantly older mares in the stable, the question is what predecessors does this breeder from Zeeland have? “I still have Namorka out of Rita Morka, a young Vitalis daughter who has great movement. She is currently with the De Laat family and will be prepared for the mare inspection in the spring. Namorka will probably be flushed next spring. Mowendy and her daughter P. Mowendy will also stay. What about my own succession? I breed for the next generation of breeders. I hope that my horses end up with people who can and want to continue breeding with them. At the moment I enjoy every step that my breeding products take. Whether that is the performance test, the Pavo Cup or the international Grand Prix; I hope my horses will excel in their category.” 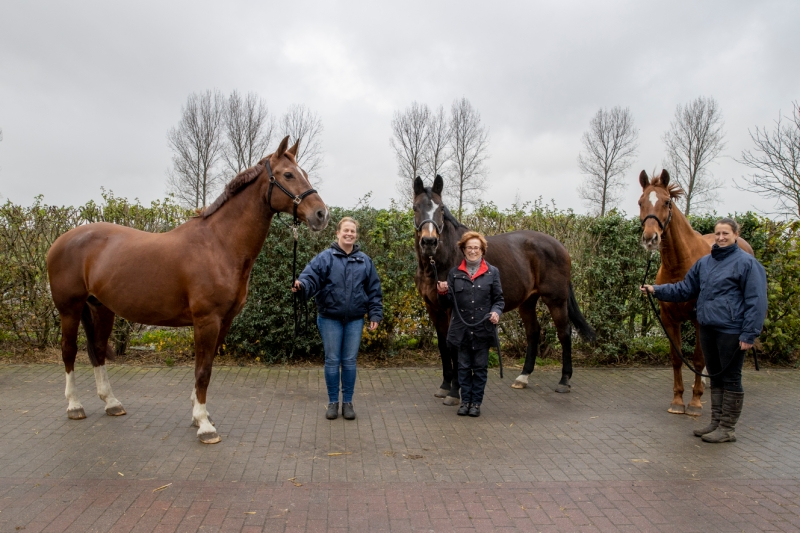