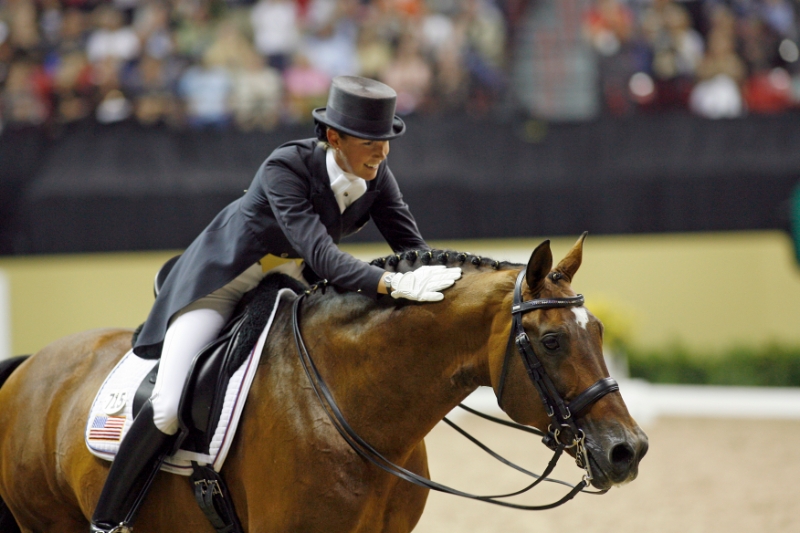 The KWPN approved Olympic stallion Idocus (Equador out of Eretha keur pref prest s.Zonneglans, breeder Christine McCarthy) has passed away yesterday. In 2020, he received an award from KWPN Inspectors Ralph van Venrooij and Henk Dirksen during the Annual General Meeting of the KWPN-NA because he turned 30 years old. He was very fit and healthy at the time and even showed a few impressive laps by hand with Henk and Willy Arts. Idocus was very much loved and has received the best possible care in the last years of his life at DG Bar Ranch in Hanford, California.

Idocus was a son of Equador out of Eretha Keur Preferent Prestatie by Zonneglans. He was born on July 2, 1990, bred by Christine McCarthy Wemyss. As a three-year-old, he took the 100-day test in Keswick, Virginia. He became champion with the highest score for jumping. He went on to become champion at the prestigious Dressage at Devon show in 1994. After this he was trained and ridden by Scott Hassler to PSG-level, after which Lendon Gray and Courtney King took over the reins and trained and competed him at Grand Prix level. 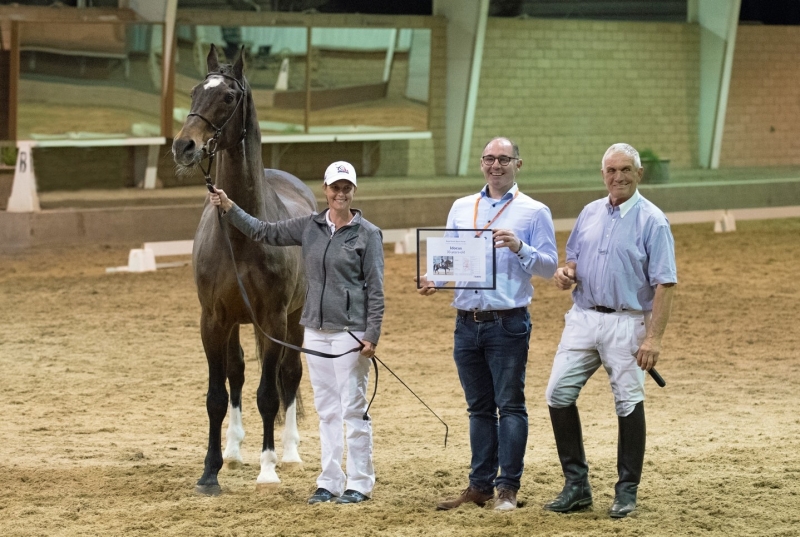 In 2001, Idocus went to the Netherlands to be approved by the KWPN. He then stayed in the Netherlands for his sports career with Marlies van Baalen in the saddle. She competed with him for the Netherlands at the Olympic Games in Athens in 2004, where they finished fourth with the team. A year later, Idocus returned to Courtney King. She has had many more successes with him, including winning sixth place in the World Cup Final in Las Vegas in 2007.

After his sports career, Idocus stood at stud at DG Bar Ranch in Hanford, after which he enjoyed a nice retirement the past years. Idocus has produced many good sport offspring in both the Netherlands and North America. He has approved sons in various studbooks, including the KWPN-NA approved and KWPN recognized stallion Olivier Crown (out of Rowillie Keur Preferent Prestatie by Porter) who was bred by Madeleine Austin. Olivier scored really well at International Grand Prix level with Elisabeth Austin. Idocus has proven to be a stallion who passed on versatile sports talent: he also has several good offspring in the jumping and eventing sport.

Idocus’ owner Christine McCarthy Wemyss tells us: “Idocus has lived a full life with an adventurous and successful career. He has touched all those he was involved with in such a positive way. I am very fortunate to have owned him and would like to thank everyone involved in all his successes. I would especially like to thank Willy Arts and DG Bar Ranch for seeing to it that his last years were happy ones.”

DG Bar Ranch announced Idocus’s passing on their Facebook page, with a final tribute: “We are very pleased to have his genetics secured in our mare base and breeding program. His work ethic and ride-ability are evident in his offspring and we feel he belongs in the Hall of Fame with the best of them. Rest peacefully, ‘Idy’.”