The preferent stallion Heartbreaker passed away 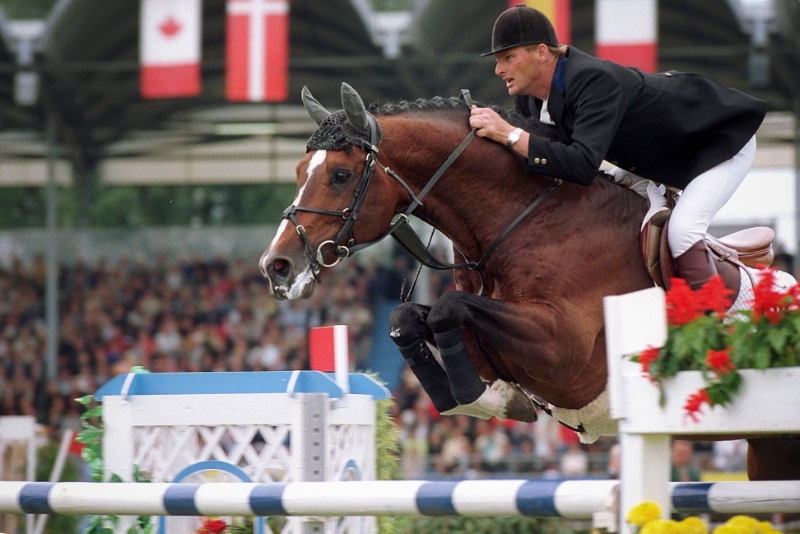 The preferent stallion Heartbreaker passes away on Saturday at the age of 32 due to symptoms of old age. That was announced by Team Nijhof on their Facebook page.

As a young horse this son of Nimmerdor was already remarkably eager, with a super level of carefulness. Under the saddle of Peter Geerink he made it to the highest level of the sport. Like no other Heartbreaker leaves his mark on his offspring. His jumping ability, reflexes, attitude and carefulness, which he always showed in the jumping ring, characterise his offspring. In 2005 he was awarded the keur predicate and four years later he became preferent.

His 12 approved sons and 27 approved grandsons underline his influence on Dutch showjumping horse breeding. But not only in the male line did Heartbreaker leave his mark. A large percentage of his daughters have been awarded the predicate ster, keur, elite or sport. This legendary stallion leaves his mark on his offspring like no other. His influence on the global jumping top is therefore still huge. Because of his good results he was declared "Horse of the Year" in 2016.

Team Nijhof placed the following message on their Facebook page:

R.I.P. HEARTBREAKER
This morning the stallion Heartbreaker died of old age at the age of 32. The top stallion, who was owned by our family since 1989, is one of the main pillars of our company. We started our stud farm in Geesteren Gld in 1997, and Heartbreaker was the first stallion at our station 24 years ago. He has a special place in our hearts. Many thanks to Silvia Evers who took care of this breeding ambassador with heart and soul during the last years. Heartbreaker thank you for everything and for all the beautiful things you have left to the world of breeding. fam nijhof & fam Gebr Bosch

In 2019 the KWPN made the video Living Legends: Heartbreaker. (Photos Dirk Caremans)