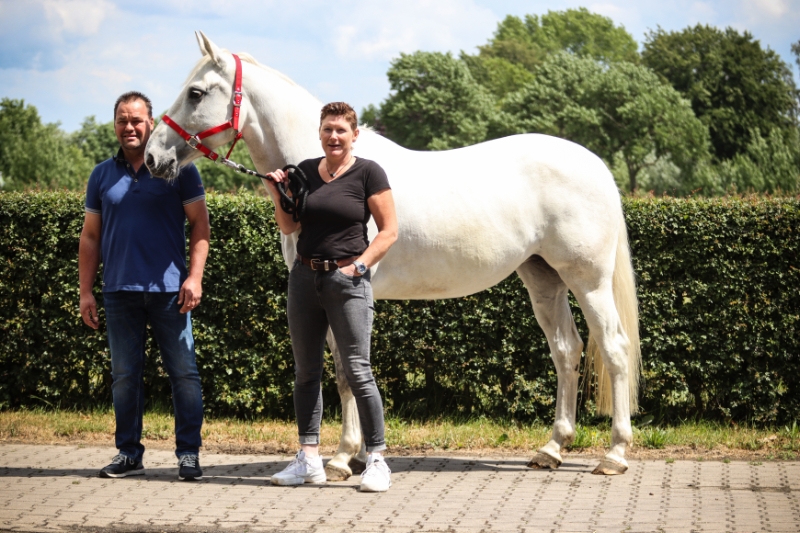 This week we looked into the database for the EPTM (Mare Performance Test) jumper mares. In 2019, the Comme IL Faut daughter La Selien W was the best EPTM mare with 93.5 points. Which mare will win the title this time and was the best in 2020 or in the first quarter of 2021?

The Mare Performance Test is a popular ability test, which is often used by various breeders and owners. Through the Mare Performance Test, you gain insight into a mare's natural talent for the dressage or jumping sport. It is also possible to have the mare saddle broken at the KWPN Center two weeks prior to the regular test. There have been six Mare Performance Test exams in 2020 and two exams in the first quarter of 2021. In total, 77 jumper mares passed in 2020 and in the first quarter of 2021. The average total score of the successful jumper mares in this period was 79 points. Among the jumper mares Carrera VDL is the most frequently mentioned sire with six successful EPTM mares, followed by Etoulon VDL with five mares.

Top score
The Zirocco Blue VDL daughter Kyrelena VDL, bred by VDL Stud, received a top score of 86.5 points. The jury spoke highly of this mare: "This mare was saddle broken at the KWPN Center and has developed very positively. Kyrelena VDL has a lot of natural talent and is very easy to work with. She jumps with a lot of quality and her canter has a lot of power and balance. Kyrelena VDL jumps with a very good front leg technique and opens her hind leg also very well.

85 and above
Last year and the first quarter of this year many quality mares were tested in the Mare Performance Test. Besides the outstanding mare that scored 86.5 points, there are also six jumper mares that achieved 85 points or higher. 85.5 points were given to the jumper mare Lady Queen M (by Grandorado TN), bred by H.G.J. Meijer. This mare got five nines for reflexes and technique. Inspector Marcel Beukers said afterwards: "This mare canters with good balance and has always shown a lot of quality in jumping. She is very careful, jumps with a lot of power and finishes the jump well every time. She jumps well with her withers up, uses her body well and shows a lot of athletic ability. She is also quick and careful." The by B.J. Huirne bred Carrera VDL daughter Miletto scored a total of 85 points, including no less than seven nines. The Singular La Silla daughter Lindesnes, also scored 85.The mare bred by Gebr. Bosch and Team Nijhof received also seven nines.