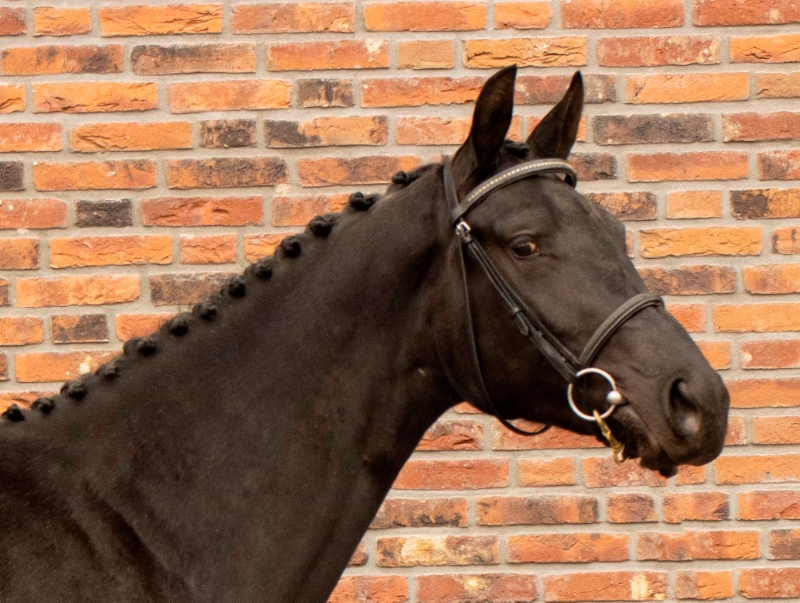 With bidders from Germany, the United States, Belgium, Norway, Bulgaria and the Netherlands, there is plenty of interest in the horses selected by the KWPN inspector.

Full sports inspection
The auction horses have all undergone a full veterinary sport inspection, both x-rays and clinical. A KWPN inspector has also viewed the horses, the inspector is also approachable for more information about the horses.

Promising Inaico VDL
Mery Sijgje is a daughter of the promising Indoctro son Inaico VDL. Inaico's jumping qualities do not come out of the blue: his full sister is none other than Hello M'Lady, who achieved a number of big wins and high placings under Scott Brash. Several international 1.45m horses are coming from this dam line.

International showjumpers
This relatively small line also produces international 1.40 / 1.50m show jumpers such as Pa’s Hope (s.Pythagoras Z), Arkel (s.Casantos) and Narcotique (s.Jus de Pomme).
In Nina Simone's pedigree, It's Highlander VDK is linked to the 1.35m-jumping mare Tina Turner. The with lots of scope jumping Kannan son is already performing at international 1.40 / 1.45m level and has made a promising start as a breeding stallion.

Movement inheritors
The seven-year-old top talent For Ferrero stands out in the sport and also three sons out of his first crop were immediately selected for the performance test this year. The black mare Nirvana-Lenda is also from his first crop. Her dam Freyalenda passed the mare test and, in combination with Everdale, already produced the elite mare Jaisy-Lenda. Several Z1 / Z2 horses already came from this direct line. In the third and fourth generation,  progenitors Farrington and Ferro add their strong dressage genes.

Proven sports family
Nadival descends from the talented stallion Hometown, who after a promising start under Diederik van Silfhout, is now continuing his sports career in Sweden. This black eye-catcher comes from a proven sports family and is fed by the movement inheritors Ampère, Cocktail and Cabochon from the dam's side with strong dressage genes. Grandam Parcival herself performed at ZZ-Zwaar level and is a half-sister of the Small Tour horse Vankaval (s.Lancet) and the ZZ-Zwaar classified Ravival (s.Cocktail).

Dressage genes
Napolion H descends from the genetically interesting stallion High Five U.S., who has made a promising start in breeding. Dam Happinessrebi is a half-sister of the ZZ-Licht dressage horse Baunrebi (s.Florencio) and several Z1 / Z2 horses. She descends from the two-time World Champion of the young dressage horses Astrix, who is classified in the Intermediaire II and has already produced several good dressage horses. Grandam Maunrebe is also known as grandmother of the Small Tour horse Gaunrebe (s.Blickpunkt).

Register
Are you not yet registered as a bidder? This can be done easily, for free and quickly via www.kwpn.auction. We will also keep you informed of all KWPN auctions. Our sponsor Horses2Fly can support international transport. For questions or more information, please contact Wim Versteeg: +31 6-54201800 or via salespromotion@kwpn.nl.