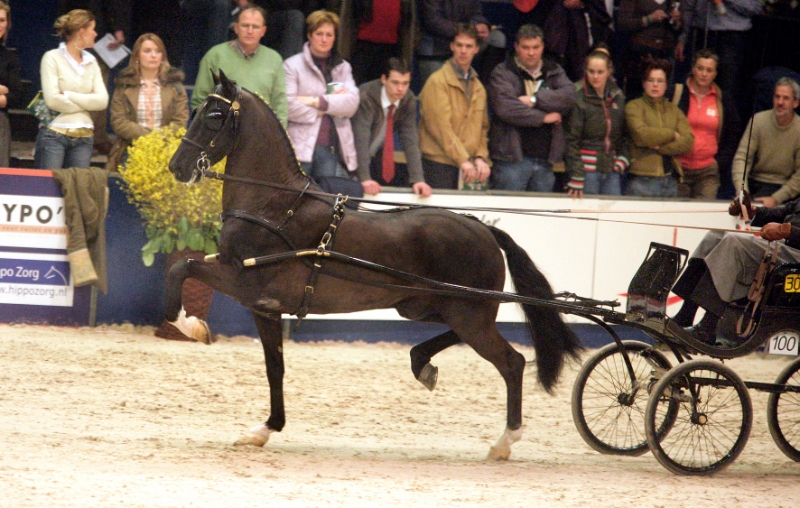 Plain's Liberator was born in the stables of Teun Middelman of Zevenhuizen. He crossed the mare Birchfield Moonlight (by Segenhoe Lucifer) with Plain's Black Satin. In 2005, the stallion was approved by the KWPN after he had been selected for a five-day performance test based on his sport achievements. Besides a number of approved Hackney sons, Plain's Liberator also proved extremely successful in harness horse breeding. His sons Zepplin, Dylano and the Hackney stallion Sir Arie are KWPN approved.

A large number of his offspring perform well in the sport. Well-known horses are Honor Class horses Wervelwind, who was champion of six-and seven-year-old harness horses at that time, Zigemma, Wodan K, but also Balans, Astrid, Cadans, Zadora, Carlina, Be My King and Castilla BH.

Plain's Liberator is the sire of a great number of ster, keur, elite, preferent and sport mares. Also in the United States there are good offspring of Plain's Liberator, for example the keur awarded mare Jay-Rose, who became champion of the three-year-olds and achieved a top score of 86.5 points at her IBOP. Other examples from the United States are the keur mare Zabella with an IBOP score of 81 points and the keur preferent Cidalburga with an IBOP score of 79.5 points.

Based on his good performance and his convincing offspring, Plain's Liberator has left his mark on breeding and has rightly been declared keur posthumously.