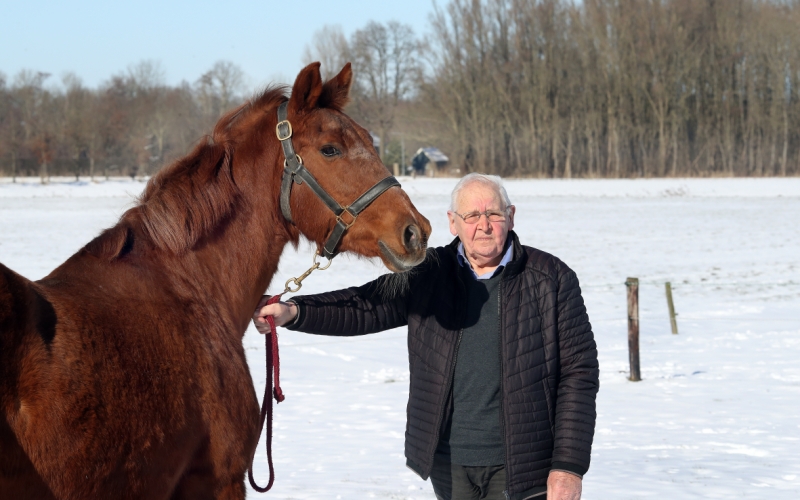 Yesterday Orleans (by Jazz), the mare of Jan Streppel and Stephan and Evelien Haarman, passed away at the age of 25. This full sister of the Olympic horse Parzival was bought as a foal by Jan Streppel from the Beijer family. Together with her already passed away full sister Toulouse, she formed the base of a successful breeding which led to the title KWPN Breeder of the Year 2020.

Orleans, who earned the predicates elite, preferent and prestatie, had no less than 18 foals and has left many good things for breeding. Her most famous offspring include the Grand Prix stallion Governor (Totilas out of Orleans elite pref prest PROK by Jazz), who currently competes at the highest level of dressage ridden by Adelinde Cornelissen and the Grand Prix horse TC Athene (United out of Orleans elite pref prest by Jazz), the successful horse with which Jeanine Nieuwenhuis has won many medals at national and European level.

Offspring
Orleans produced the performance mare Toscanne in combination with Lancet. A year later, a Cabochon son followed. Of the two Polansky sons, Vancouver was appointed and later performed in the small tour in the United States. In 2004, Orleans gave birth to Zillertall; this preferent daughter (by Scandic) is now breeding in the Cornelissen family. Athene (by United) won the Pavo Cup. This impressive chestnut later has an impressive career with Jeanine Nieuwenhuis . The duo won twelve medals at the European Championships for Young Riders and GP-U25, six of which were gold. The combination was active at Grand Prix level, the gelding is retired from the top sport. His full brother Brentano was appointed and was ridden by Adelinde Cornelissen, but unfortunately died prematurely.

Foals
In 2007, Orleans gave birth to a colt by Dreamcatcher; the following year Dimanche (ster IBOP-dres PROK by Stedinger) was born; she has served the breeding well. Edelweiss-STR became elite and still needs one more offspring for the preferent-range, this Zhivago-daughter has been sold recently. Star mare Florence-STH (by San Amour) was auctioned for a good price in Borculo. She competed at ZZ-licht level and is now employed as a broodmare at Stoeterij Stouwehof.

Two legends
As soon as Totilas becomes available for breeding, Orleans became bred to the legendary stallion. Parzival is the only horse until then that could ever beat Totilas, which makes the combination very promising. Among other things, Governor was reserve champion at the KWPN Stallion Show, won medals at World Championships for Young Dressage Horses, was Dutch champion in the Small Tour and shows great potential for the Grand Prix. In breeding, the stallion has already produced three approved sons and several well-tested mares.

Second round viewing stallion
Orleans herself gives one more offspring of Charmeur, which is sold to Blue Hors in Denmark. She then had foals by Estoril and Grenoble through embryo transfer which, together with the last mentioned, resulted in the star mare Lady Orleans Turfhorst. She also produced another stallion by GLOCK's Toto Jr. who was selected for the second round viewing. Eric Koele of Turfhorst Stud farm has also bred the mare twice with Jersey.

Grateful
"We are and will always be grateful to Orleans for all the beautiful things she has given us. Especially through her son Governor, she has left a big mark on the current dressage horse breeding. For Jan, together with Toulouse, she was his pride and joy and he took great care of both of them until the very end. Until today she was still very fit and enjoyed her old age in the field together with two young horses. We will never forget her," says Evelien Haarman.