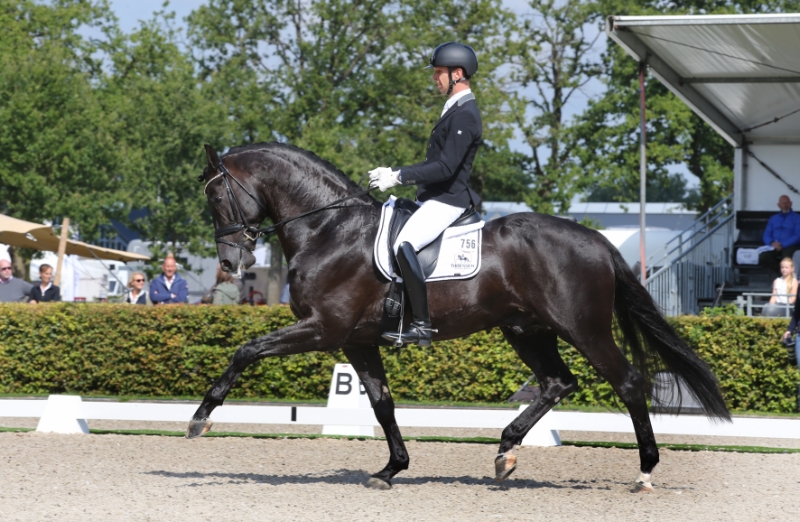 The Final of the Pavo Cup unfortunately could not take place last year due to Covid-19. This year, this popular young horse dressage competition is back on the equestrian agenda again. The four-, five- and six-year-old dressage horses will compete for the title of Pavo Cup Champion on Sunday, August 15th.

Based on the results of an extensive evaluation that was done with the participants, regions and others involved, a number of changes have been made to the Pavo Cup selection process. First, five selection competitions will be organized: four in The Netherlands (north, east/central, west and south) and one in Belgium. They will take place from July 17th through Saturday, July 31st: the exact dates and locations will be communicated as soon as possible. The selection competitions will be organized under optimal conditions for the young dressage horses. Depending on the location, the competitions are held separate from the Central Inspections. To maximize uniformity in the assessment, there will be one jury team, consisting of three judges for the four-year-old dressage horses and a jury team of three judges for the five- and six-year-old dressage horses. Two judges from the permanent team will judge all the selection competitions.

Placement final
Previously, the combinations that had obtained 80 points or more, were automatically placed for the semi- final. This year, a different method will be used: after each selection competition there will be an adjusted intermediate ranking. After the fifth - and last - selection competition, a determined number of combinations will be placed, based on the scores achieved (from highest to lowest) for the semi-final which will take place in Ermelo on Thursday, August 12th. The Pavo Cup final will be ridden on Sunday the 15th of August.

Live stream
We find it extremely important to offer our breeders and their young dressage horses an (international) stage. Over the past year, our events have achieved a huge reach via livestream, and we have received a lot of positive feedback from all over the world. Because of that we will broadcast all the selection competitions of the Pavo Cup via KWPN.tv and ClipMyHorse. During the pre-selections, explanations are provided in both Dutch and English. Of course, the semi-final (Thursday August 12th) and final (Sunday August 15th) can also be followed via the livestream.

Of course, everything is subject to measures from the government in the context of the Coronavirus. As soon as the dates and locations of the selection competitions are known, signing up will be possible via KWPN.nl.