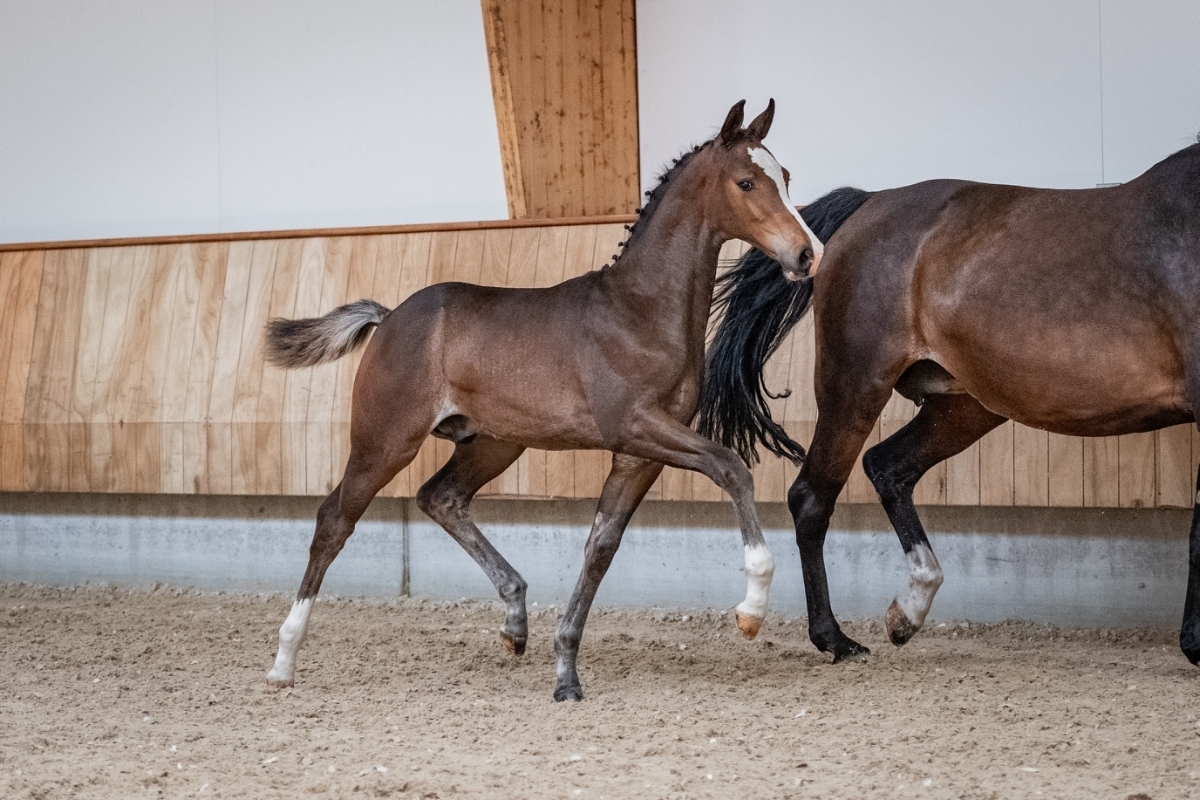 What a start of the first KWPN Online Foal Auction of this year! With five foals that sold for at least 6,000 euros and eleven foals that were sold to foreign buyers, this auction was a successful first edition. Especially the dressage foals were very popular.

The foreign interest that there was earlier this year at the KWPN Online 3&4-Years-Old Auction, was also present at the first KWPN Online Foal Auction of this year! Last Friday the bidding opened and there was already worldwide interest in the 20 auction foals. Today, and especially in the last hours of the auction, several foreign buyers made their move.

Many foreign bidders
The auction toppers of this first edition are the Vaderland son Reggae and Romeo Angulo Sambecano, a colt from the first crop of the stallion Lord Romantic, who were both sold for an amount of 8.500 euro. A tough bidding duel preceded, before both colts were digitally auctioned for this amount. Bidders from the Netherlands, Germany, United States, Belgium, Ukraine and Sweden showed interest. In the end the bidders from the United States drew the longest straw. Last year the Grand Prix stallion Hardrock Z became available for breeding. From his first crop his son Ricard H.M. was sold for 8.000 euro to Belgium.

The next selection and video day will take place on Saturday, July 17. There are still some places available.