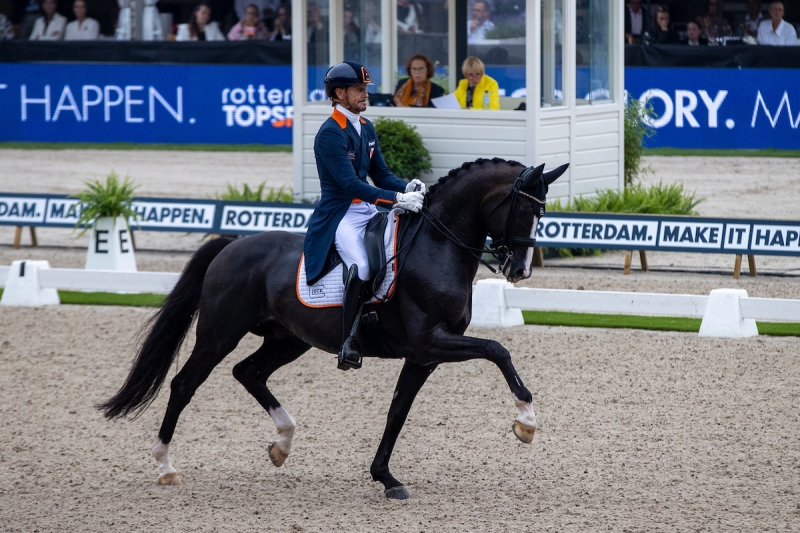 The riders and horses that will represent TeamNL at the Tokyo Olympic Games are known. Yesterday, the Dutch Equestrian Federation, KNHS, officially nominated the combinations to the NOC*NSF. The delegation consists of four combinations for dressage and jumping and two combinations for eventing.

After the postponement of the Olympic Games and the additional restrictions as a result of the Rhinopneumonia-outbreak this spring, the preparations for these Olympic Games can be called anything but optimal. Fortunately, riders and horses have been able to compete at several major competitions in recent months, so that the necessary competition routine has been gained at the appropriate level.

Iris Boelhouwer, since last year technical director of the KNHS, is looking forward to the first Olympic Games in which she is involved in this position. “After CHIO Rotterdam went fantastic for our riders and horses, both the TeamNL dressage and showjumping teams came first, we can go to the Olympic Games with confidence. We are really looking forward to it and the coaches and riders will do everything they can to bring Rotterdam's form to Tokyo."

In jumping and dressage, the Olympic teams consist of three combinations. In addition to the three team members, one reserve combination will also travel to Tokyo for these disciplines. In eventing, the Netherlands has acquired two individual starting places.

See all the team members here below.

Before the horses fly from Liège airport directly to Tokyo, they are quarantined for a few days. Stables at the accommodation of the CHIO Aachen have been reserved for this. The horses can be trained by the riders during this period.

Not only the Dutch horses will be quarantined at Aachen, most of the horses that will soon travel to Tokyo from Liege are here and these horses will also travel together. There will be several flights per discipline. On their return to Europe, the horses can go directly to their own stable.