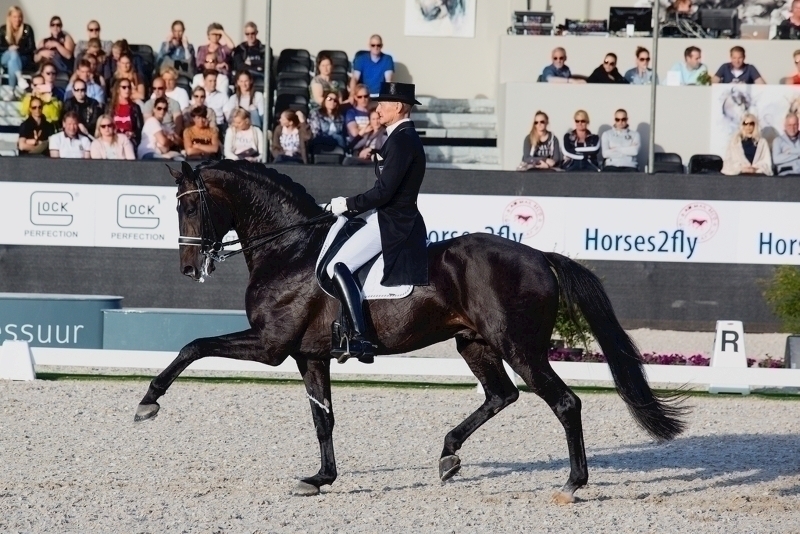 The thirteen-year-old KWPN recognized stallion GLOCK's Zonik (Blue Hors Zack out of Romanik by Romanov Blue Hors, breeder Straight Horse APS of Alleroed) has passed away. Team GLOCK had the stallion humanely euthanized after he suffered serious complications after an operation.

Team GLOCK writes “It's so unreal. We are in deep shock, full of sadness and horror. We have lost our great stallion, this exceptional sire, our sports partner: GLOCK's Zonik. He was our horsey friend and at the same time one of our most important breeding and competition stallions.”

Operation
GLOCK's Zonik got lame shortly before CHIO Rotterdam and after thorough examination he was diagnosed with a hoof injury. The stallion was operated on in Germany at a renowned equine clinic. The operation on the hoof of GLOCK's Zonik took place on 13 July 2021. The operation went well, but during his recovery from the anaesthesia Zonik broke both hind legs. Team GLOCK had no choice other than to put him out of his misery.

10 for the trot
As a four-year-old Zonik excelled at the Danish Dressage Horse Championships, winning with a total of 9.3 points, with the trot being awarded a 10.0. He was characterized by strength, elasticity and suspension in his movements and he impressed with his natural self-carriage and posture. On his international debut in 2015 (Indoor Brabant), GLOCK's Zonik N.O.P. was only seven years old and won the Small Tour with more than 78%. In 2016 he won the Dutch Championship Small Tour with no less than 81.70%. Topresultaten

Top results
GLOCK's Zonik N.O.P. made his international Grand prix debut under Edward Gal in the summer of 2017 and won the Dutch championships three years in a row. The strong mover achieved top results in the World Cup comepitions. He competed in his first World Cup final in 2018 and was part of the Dutch team at both the World Equestrian Games in Tryon 2018 and at the Europeans in Rotterdam, 2019, where his great performance made a significant contribution to the team silver the Dutch won. In 2020 he scored more than 85% for the first time at Jumping Amsterdam. GLOCK's Zonik therefore received the suffix N.O.P. (Dutch Olympic Horse). In 2021 Hans Peter Minderhoud took over the reins of the gorgeous black stallion and already booked a double win at the CDI4* in Le Mans (FRA)

Offspring
His offspring have great length of stride and power in movement, an ideal size and are athletically built. His half-brother My Blue Hors Santiano (Sezuan out of Romanik by Romanov, breeder Straight Horse APS of Alleroed) was awarded 87.5 points at the autumn stallion selection. His son Mauro Turfhorst (Zonik out of Hidaylia ster by Negro, breeder Jan Greve of Haaksbergen) was approved in the spring test with 84 points. Another well-known son is the KWPN stallion Ladignac (out of Helianthe elite sport-drs IBOP-dres PROK by Apache, breeder Nathalie Smeets) who is in the running for a ticket for the World Championships for Young Dressage Horses.

Descendants Zack
The sire of GLOCK's Zonik, the KWPN-recognized stallion Zack (Rousseau out of Orona ster pref prest IBOP-dr van Jazz, breeder B. Wilschut of Bosschenhoofd), was the champion stallion at the KWPN and Danish stallion gradings. He now has more than twenty approved sons, including the striking KWPN stallion Jameson RS2 (out of Atilinda M keur pref IBOP-dres sport-dres by Negro, breeder Stal 104) and I'm Perfect STH (out of Diana van Fidertanz, who is bred by the Nekeman family).