Andreas Helgstrand: "Jovian is from another planet." 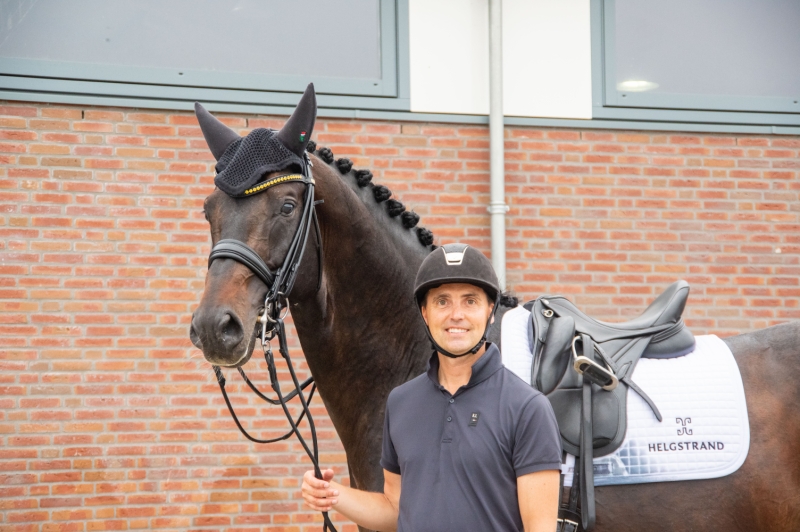 This week, Andreas Helgstrand showed the 2019 World Champion five-year-olds, Jovian (Apache out of Zinith elite pref EPTM-dres D-OC by Tango, breeder: E.T. ten Bosch from Driel) to the judges this morning as an observation for the World Championships for Young Dressage Horses.

The 'FEI/WBFSH World Breeding Dressage Championships for Young Horses' will be held in Verden from 25 to 29 August 2021. The best five-, six- and seven-year-old dressage horses compete there for the world titles. Andreas Helgstrand and Jovian came to Ermelo to qualify for a wildcard for this championship.

After the test and the training that followed, Andreas told us about Jovian. Andreas: “Jovian is very special to us. He is very easy to ride and he always does his best for me. I was happy with my test today, our last competition was the 2019 World Championships in Ermelo. Jovian is not a horse that I just take out competing anywhere. I'm very satisfied about today and to be honest, if I can achieve to do a test like this in Verden, we could get pretty far, I think."

“I started him with the goal to make him a Grand Prix horse. I'm 100% sure he will. We are playing a bit with the exercises a bit at home and he shows a lot of talent for the higher work. Next year he will be eight years old and then we will work towards the Grand Prix. The piaffe, passage and the one-tempi-changes are not confirmed yet but he finds most exercises really easy. It is not a horse that I train daily because he is such an easy ride. I rode him twice before this observation. Last week I was in Spain for the European Championship Young Riders and this week we had the World Championship observation in Denmark on Tuesday and Wednesday. It's not normal, I've said it before, but I've never had a horse that’s so easy. When I ride him, I just can’t help smiling all the time!”