Doron Kuipers: “You don’t get the chance to ride at Valkenswaard very often.” 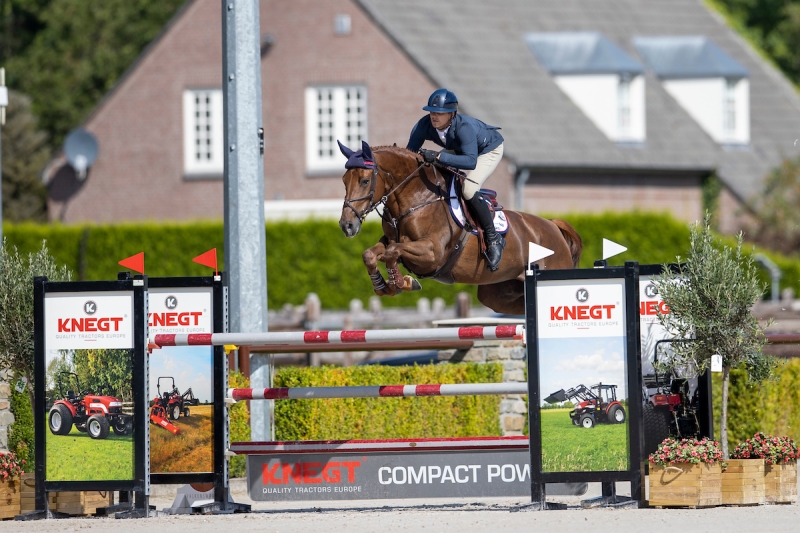 At the Blom Cup 2020, Doron Kuipers scored highly with the Falaise de Muze daughter Just Special VK. After winning the semi-final, the combination also triumphed in the final for six-year-old horses.

Doron got the ride on Just Special VK from breeder and then owner Mark van Kleef shortly before the Blom Cup. “She came into my stables only a few weeks before the Blom Cup, specifically to ride her in this competition. It really couldn't have turned out any better. Only few horses manage to win two days in a row at the Blom Cup. It is a competition at one of the most beautiful venues out there. You normally don’t get the chance to ride in Valkenswaard, so it is an honour to be there, and it is a great learning experience for the young horses.”

Sold
Shortly after the Blom Cup, Just Special VK was sold to Switzerland. Only a few weeks later she won the Swiss championship for six-year-olds with her new rider. “Just Special is a super nice mare, she is very careful and very fast from nature. She’s got a super attitude and is very cooperative in the ring.” Doron currently has the half-sister of Just Special under saddle, Hollywood VK (by Berlin). “She is now 9 and has competed at 1.45m twice. She is also a mare that always does her best: a winner in the ring.”

Entries are now open
The Blom Cup will this year take place from 9 to 11 August. Registration for the Blom Cup is possible until 26 July. The Blom Cup is also the qualifier for the World Championships for Young Jumping Horses 2021. The World Championship for Young Jumping Horses will be held from September 23 to 26 2021 in Lanaken (Belgium) at Zangersheide Stud. The FEI will determine how many Dutch horses may be delegated at a later stage.

You can register your horse(s) for the Blom Cup via the agenda:

We feel it is extremely important to offer our breeders and young show jumpers an (international) stage. Over the past year, our livestream events have achieved an enormous reach, and we have received a lot of positive feedback. That is why the Blom Cup will be broadcasted live on KWPN.tv and ClipMyHorse.

The competition is organized taking into account the applicable Corona-guidelines of the RIVM.