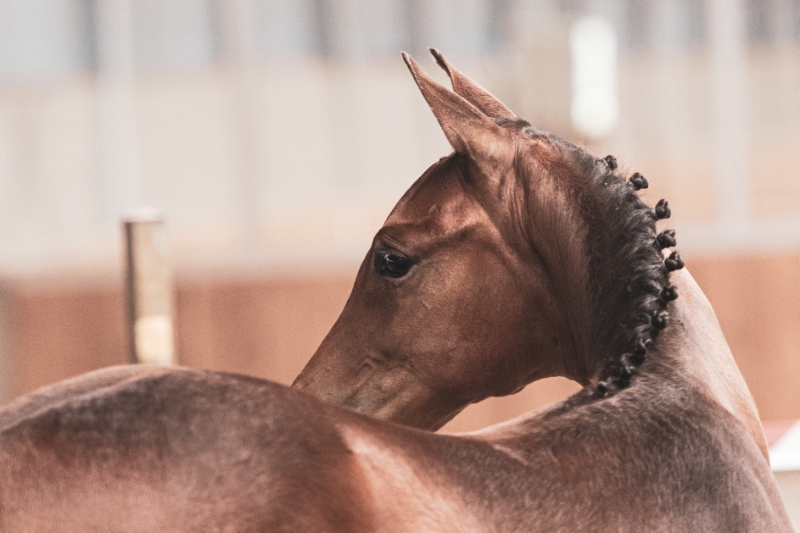 After last year’s successful debut, the StuDutch Foal and Embryo Auction by StuDutch Auctions is getting ready for its 2021 edition, taking place from 6 to 9 August. Auctioned is jumping as well as dressage blood, with the best of what contemporary breeding has to offer as their common denominator. The collection consists of over thirty implanted embryos, foals and an older horse. 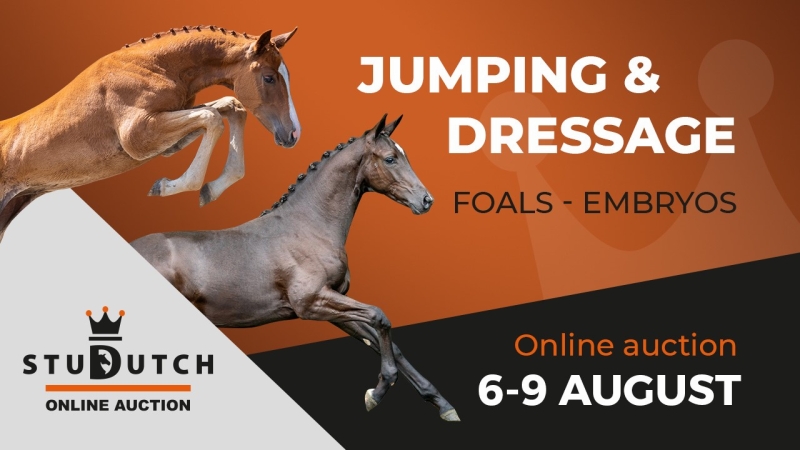 The world’s number one sire is the evident top supplier of embryos. He was also combined with some outstanding mares from other recognised Belgian performance stems, such as those out of Usha van ’t Roosakker and Valentina van ’t Heike.

Also from the magnificent Van ’t Heike stem is the embryo by Toulon, not to mention the embryo by Cumano Z from the direct line of top mare Cordula de Laubry (s. For Pleasure). The famous line of Sissi and Kashmir van Schuttershof is also represented at this auction by the embryo (s. Jarnac) that has Sissi as its granddam.

Grand Prix stallion Governor’s full brother
The dressage foals and the dressage embryo also evoke considerable future expectations when it comes to sport and breeding. The embryo combines the blood of Glock’s Toto Jr. and Zarina, the dam of the successful KWPN stallion Imposantos (Bart Veeze). Totilas also leaves his mark in a direct son out of Orleans (s. Jazz). Connoisseurs will immediately identify him as the full brother of Grand Prix stallion Governor (Adelinde Cornelissen).

Grand Prix input is also found in two foals by For Romance I. One is from the famous direct dam line of Grand Prix horses Brother de Jeu, Sister de Jeu and Thriller and the other is out of Caron RT’s dam.

Please see studutch.auction to get closer acquainted with these and other genetic smash hits.