KWPN in Tokyo #3 | Hanneke van de Goor about En Vogue: “A horse with a good foundation, the right color and an interesting pedigree” 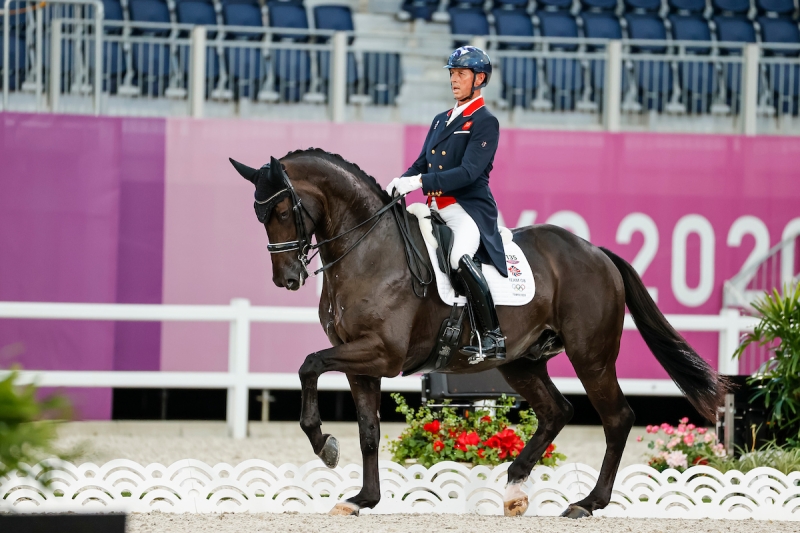 The KWPN-horse En Vogue (Jazz out of Nicarla elite sport-dr PROK by Contango) performed at the Olympic Games of Tokyo with Carl Hester for Great Britain this weekend. The horse was bred by Adriaan van de Goor. His daughter, Hanneke van de Goor, tells us all about En Vogue as a young horse.

What was he like as a foal?
“The mare out of which En Vogue is born was my dressage horse, so the foals were all special to me.” Hanneke says that the foals were not immediately eyecatchers, but certainly got better every day. Not just En Vogue, but all of the mare’s foals. “En Vogue was certainly a foal with lots of quality. He had a correct foundation and a lovely dressage model, but was not necessarily more special than other foals,” explains Hanneke.

Stallion choice
Breeder of En Vogue, Adriaan van de Goor, was elected Breeder of the Year 2008. Multiple Olympic horses were born in his stables. The Van de Goor family did not breed much with Jazz, but they took the leap for the Contango-daughter Nicarla (elite sport-dr PROK). Hanneke tells “That turned out well. En Vogue eventually ended up on the right path in the right hands. As a breeder you are dependent on that too. If there is no good rider on the horse, it is not going to happen.”

Character
“We hold onto him until he was approximately three years old. He still wasn’t truly remarkable then. It was a horse with a good foundation, the right colour and an interesting pedigree.” En Vogue was to participate in the KWPN Stallion Show, but the Van de Goor family decided to get off that route. Hanneke explains: “He was not ready. He was simply not trainable enough, he had too much character at that time to nicely work with.” Charlotte Dujardin has previously said that En Vogue has not always been the easiest, something that Hanneke recognizes absolutely.

Sale to England
When the preparation of En Vogue for the stallion show did not work out, Hanneke started to work with the horse herself. She describes “He was different from other stallions I worked with. If that horse had a bad day, there was little you could do. We decided to sell him and hoped he would end up with someone who would him the time and patience he needed. Via Linda Laugeman we sold him to England. I remember that exact moment, I was at Paaspop festival when she called me he was sold. Eventually he moved to the stables of Charlotte Dujardin and Carl Hester. How he winded up there, I do not know.”

Termination of the business }
The breeding of the Van de Goor family has always been on a professional basis, they were one of the few stables in the Netherlands that could make a living off of it. “We have always conducted the breeding together with Jan Lamers, he was the business partner of my father. Approximately a year ago, our property was sold. Unfortunately, my father passes away quite some time ago, my mother is 75 and my uncle is also getting older. I have two children now. All in all, we thought it was time to make this choice,” says Hanneke. “They say it’s easier to start a business than to stop and that’s true. We are now breeding on a small scale and still have about 25 young horses”. According to Hanneke, the horses are too good to just sell off, they stay on until they can be sold for a good price. The business is gradually sized down, to stop all in a sudden is definitely not an option for the family.