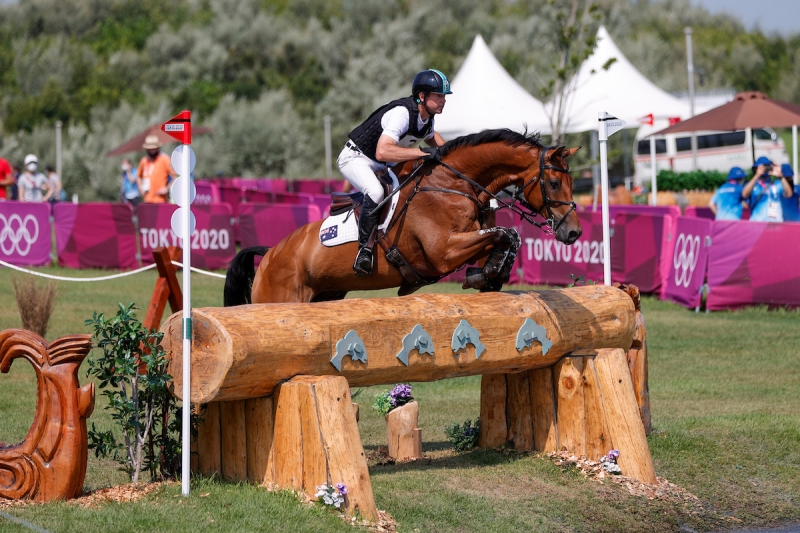 The course designer had set up another technically challenging course. It therefore took a while before the first clear round was realized. It was the experienced Nicolas Touzaint that completed a splendid error-free round with his Absolute Gold (Birkhof’s Grafenstolz x Verglas). This made him rise on the rankings to an eventual sixt position. Reigning champion Michael Jung and his Chipmunk FRH are not having their best show. Today the pair dropped one pole, resulting in a final eight place. 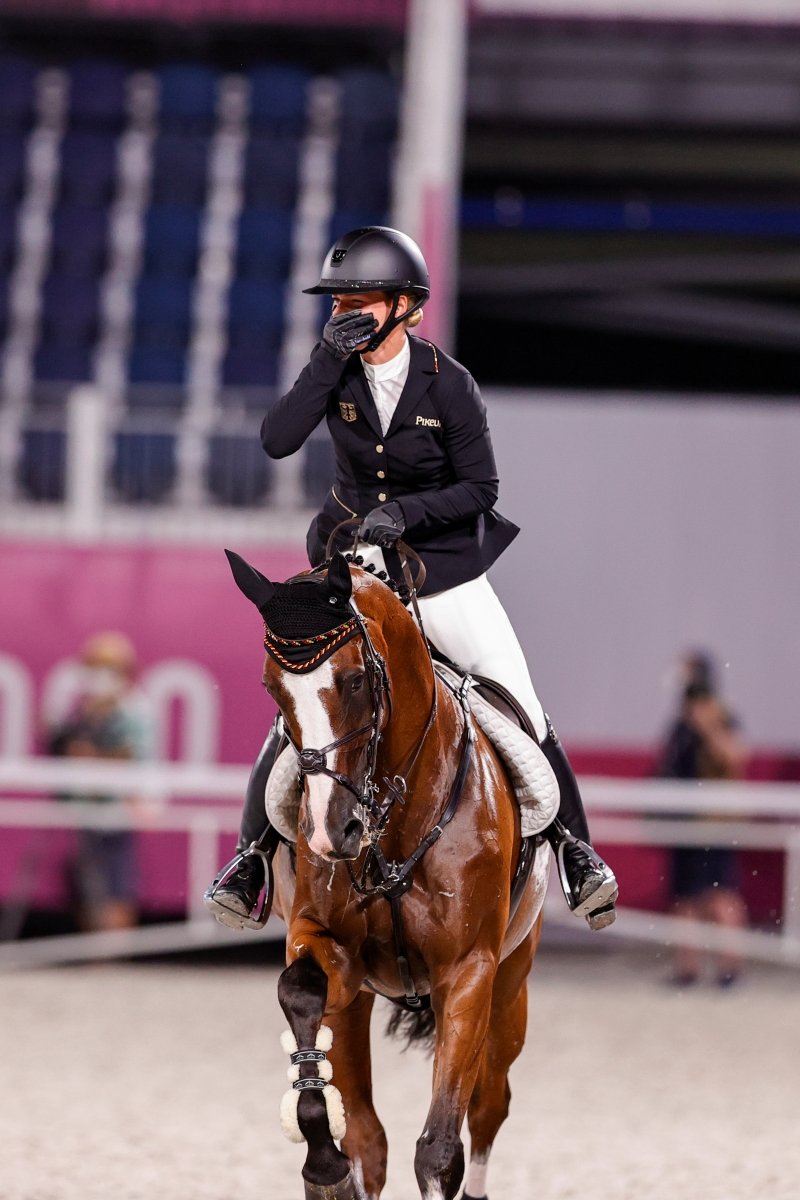 Battle for the medals
The Japanese rider Kazuma Tomoto however, was clearly in a nice flow these couple of days. After a beautiful dressage test of 25.90, a cross-country that only cost him -1.6 for time penalties and one down in the first round of jumping, he now put on another solid effort. Vince de la Vigne (Esterel des Bois x Duc du Hetrel) was clear on all the fences and crossed the finish line merely 1 second past the time limit. In the end, the in England living rider that trains with William Fox-Pitt came very close to a medal, ending on the fourth rank. The seasoned rider Andrew Hoy lived up to the high expectations with Vassily de Lassos (Jaguar Mail x Jalienny). He was the only rider that incurred no penalties after the dressage score of 29.60, obtaining bronze.

The next on the starting list Tom McEwen had also not added any penalties to his dressage test so far but could not maintain that streak. One pole down would have dropped him a position, but his phenomenally jumping Toledo de Kerser (Diamant de Semilly x Papillon Rouge) was sure not to touch any fence. They only received 0.40 for time penalties, raising the total to 29.30: silver. Today it was yet again proven that the key to success in eventing is performing at the top in all three phases. Oliver Townend and his mighty grey Ballaghmor Class (s.Courage II) led the intermediate rankings after the cross-country, however today he made a jumping mistake in both rounds, dropping him to the fifth position.

The last rider to enter the ring was Julia Krajewski and she had only one mission. She had to remain clear for the gold. Not an easy task, but definitely one you could leave to her and her intelligent and incredibly jumping Amanda De B’neville, a.k.a. Mandy, a Sell Francais mare by Oscar des Fontaines x Elan de la Cour. Krajewski rode another impeccable clear round, retaining her focus until the last jump. The gold was hers!

Best KWPN-horse
The KWPN-horse Don Quidam (Quidam out of Nairoby by Amethist, bred by J. Schurink from Wijhe) entered the final on the eleventh position after a clear first round. Unfortunately, this last course was a bit too much for him and his rider Kevin McBab. A disappointing 12 penalties made him tumble to a still respectable fourteenth place at these Olympic Games.