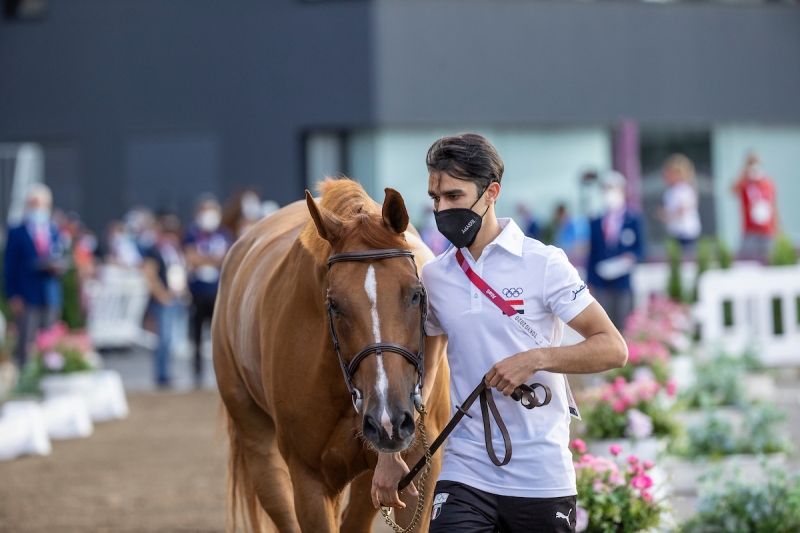 Despite two poles being knocked down, the only ten years of age Galanthos SHK delivered quite an achievement in the individual final just now. Ridden by Mouda Zeyada, the Arthos R-son showed lots of quality.

The young Egyptian rider Mouda Zeyada was the second to start in the individual final with (Arthos R out of Canta B elite EPTM-spr PROK by Cantos, bred by Shakira Stables in Nijkerk). Twice the pole of the big oxer hit the sand as the pair came out of the double and triple combination. Just like yesterday’s qualification, the Arthos R-son jumped with such eagerness, lots of hind leg technique and incredible scope. Given their limited experience at the highest level, Mouda Zeyada and Galanthos SHK, sold as a foal at the Dutch Top Foals Auction Midden-Nederland can already look back at a successful championship. Because as expected, this individual final forms quite a challenge for both the horse and rider.

Unfortunately, for Beat Mändli the individual final aboard Dsarie (sport-spr by Veron out of Tinette prest by Ahorn, bred by M. Smit in Dedemsvaart) turned out less fortuitous. After two knockdowns on the wide oxers and a mistake on the open water, the Swiss rider decided to spare his horses’ energy and raised his hand.